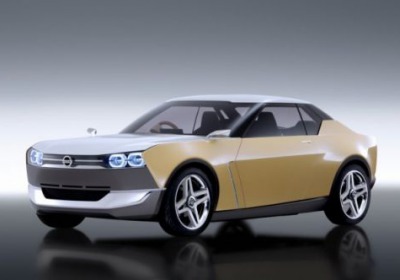 If there's a trend in the auto industry we can firmly get behind, it's the small, light and affordable rear-drive coupe. The positive critical reception to the Scion FR-S and Subaru BRZ twins has encouraged other manufacturers to look at building their own rear drivers, and even a few to show actual concept cars based on the idea. The Chevrolet Code 130R from 2012 and more recently, the Nissan IDx twins that were first shown at the 2013 Tokyo Motor Show both come to mind, as does the brand-new Kia GT4 Stinger Concept.

Nissan trotted out the IDx Nismo and the IDx Freeflow for another showing in Detroit and we'll admit to being totally smitten with both cars. Again. The duo draw inspiration from the iconic Datsun 510, a lightweight, affordable rear-driver that remains a cult favorite decades after production ended.

Now, a report from our friends at AutoWeek reveals that we may, possibly, hopefully see a production IDx, provided fans make a strong enough case for it. "It's in the plan," Nissan product boss Andy Palmer told AW. According to the report, Palmer said the IDx is "into the first sage of the development process. The next stage is project validation and then looking at the business case. It's no one's intent to waste millions of the company's money, so obviously we have a good feeling about this one."

Palmer also told AW this would likely be a small-volume project, although we hope that won't stop Nissan from going through with it. Speaking to Nissan PR guru Dan Bedore yesterday, we were told that, while Palmer seems strongly in favor of building a production IDx, it's going to take a strong push from consumers and enthusiasts to make production a happen.

Let us know what you think about the prospects for a production car based on the IDx in the poll below. Vote carefully, Nissan is listening.