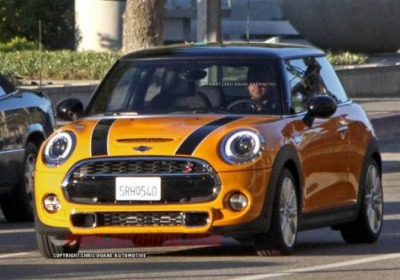 The first generation of the reimagined, BMW-backed Mini was a simple things, confined to two body styles – hatchback and four-seat convertible. It wasn't until the second-generation platform came along that Mini began truly expanding, offering a long-wheelbase model, a roadster, a coupe, a five-door crossover, and a three-door, um, thing?


BMW is aiming for 10 to 12 different vehicles from just two brands off one platform.

According to an interview between Automotive News Europe and the BMW board member that oversees Mini, Peter Schwarzenbauer, the funky British brand will be expanding far beyond the seven body styles it currently offers. "With the new ULK architecture, we currently have in mind eight to 10 models," Schwarzenbauer told ANE. That architecture he mentions, will also underpin the BMW 1 Series GT and the BMW X1, meaning that BMW is aiming for 10 to 12 different vehicles from just two brands off one platform (and that's only what we know about).

The growth in the Mini line isn't just limited to body styles, but overall production capacity, adding a new contract manufacturer in the Netherlands, with Schwarzenbauer telling ANE, "If I told you [Mini's total production capacity] I would be revealing exactly what our growth plans are. What I can say is that last year we produced and sold 300,000 units and right now we are expanding that capacity."

Besides growth plans, Schwarzenbauer hints that Mini's range of three- and four-cylinder, turbocharged, gas engines may be joined by EVs, plug-in hybrids and the long awaited (for US customers) diesel model. The EV and PHEV models are especially notable, as it signifies both that Mini is ready to expand into alternative energy, which it's avoided outside of the Mini E, while also pointing out that BMW's i division won't be the only ones playing with electricity.

Closing out, Schwarzenbauer let slip some details of availability on the third-generation Minis, saying that while cars will arrive at European and US dealers in the spring of 2014, there won't be regular inventories until later in the summer. Head over to Automotive News Europe for the full interview.