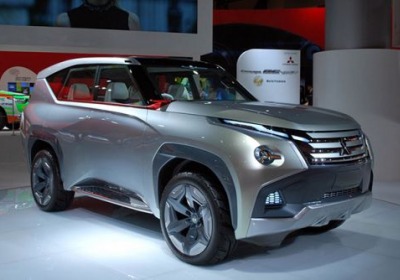 As Mitsubishi's turnaround takes hold, we can talk less about the company's survival in the US market and more about what kinds of products we might see in the future: there's a hybrid Evo on the way and its joint venture with Renault-Nissan will deliver a C-segment sedan. Furthermore, it might even deliver a dividend to its shareholders next year.

In addition to Mitsubishi announcing its intent to focus on SUVs, pickup trucks and crossovers, company president Osamu Masuko gave an interview to Automotive News saying that the plan is for model lines to have two or three power train options: gas, plug-in hybrid, diesel. Believing that fuel economy standards will force the expansion of the plug-in hybrid market, Masuko wants to bring a PHEV Pajero to the US (the Montero in our market) because it will restore the brand's place in the full-size SUV segment with a well known nameplate, and help the company reach its goal of making PHEVs 20 percent of its product offering.

We love the idea of a new Montero - and we hope there's a traditional gas model that would come with the PHEV - the question is what would it look like? The Concept GC-PHEV we saw at the 2013 Tokyo Motor Show could offer clues, but with Masuko listing the SUV as the company's second most popular model behind pickups, how daring could designers get with it? On the other hand, if you compare the Concept PX-MiEV shown at Tokyo in 2011, the similarity to the production Outlander is more than one might expect for a crossover that's become a major seller for the brand. With an introduction due in 2015 or 2016, we shouldn't have to wait long to find out. Regrettably, there's still no word on the return of a Mitsubishi pickup truck.