Mazda6 diesel to race at Rolex 24, team and drivers announced 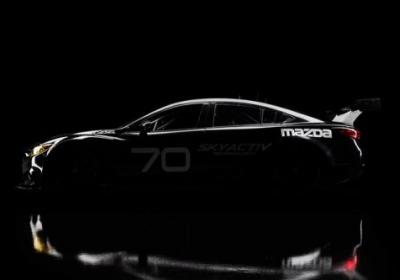 Mazda is getting serious about showing off the Skyactiv-D turbo-diesel four-cylinder engine in the Mazda6. The automaker has just announced it will campaign three diesel Mazda6 racers in the Grand-Am GX class of the upcoming 2013 Rolex 24 at Daytona in a quest to walk away with the company's 24th class win. Mazda partnered with SpeedSource to develop the race version of the new sedan, with Japanese and American engineers lending a helping hand where needed. Meanwhile, Freedom Autosport and Visit Florida Racing/SpeedSource/Yellow Dragon Racing will helm teams of their own.

Each car will make use of a five-driver team for the 24-hour race on January 26. In the interim, you can check out the full press release below for more information as well as the full driver roster. Mazda says we can expect to see the No. 70 SpeedSource car under the lights at the 2013 Detroit Auto Show later this month, as well.

January 4, 2013 (DAYTONA BEACH, Fla.). Mazda Motorsports today announced team and driver line-ups for the 2013 Rolex 24 at Daytona, where the manufacturer will be seeking its 24th class win at the most famous endurance race in America. Mazda teams will be racing in an all-new Mazda6, powered by the all-new SKYACTIV-D clean diesel engine, in the new GRAND-AM GX class.

"We're thrilled to be starting a new chapter of Mazda Motorsports history with the race debut of our all-new Mazda6 racecar, powered by our all-new production based SKYACTIV-D clean diesel engine. Our long-time engineering partner, SpeedSource, has led the technical development of the program in hand with Mazda engineers in Japan and the U.S.," noted John Doonan, motorsports director, Mazda North American Operations. "SpeedSource will be joined in Daytona by Freedom Autosport and VISIT FLORIDA Racing/SpeedSource/Yellow Dragon Racing. Our driver line-ups include a talented mix of young guns and veterans, all of whom are from the extended Mazda family."

VISIT FLORIDA Racing/SpeedSource/Yellow Dragon #00: Joel Miller, Tristan Nunez, Spencer Pigot, Yojiro Terada, and Tristan Vautier. Terada is of course the veteran Mazda racer who has competed in more than two dozen 24 Hours of Le Mans races. The others are all racers who have won championships within the MAZDASPEED Motorsports Ladder and the Mazda Road to Indy.

Freedom Autosport #25: Andrew Carbonell, Tom Long, Rhett O'Doski, and Derek Whitis. Freedom Autosport has been a winning team in the Continental Tire Challenge with Mazda. They are moving up as a complete team.

The first of the cars will make its public debut at the "Roar Before the 24" test session at the Daytona International Speedway on January 4-6, 2013.

The #70 car will also be at the North American International Auto Show in Detroit.

The Rolex 24 Hour race is January 26-27, 2013. Teams and driver pairings for the complete 2013 Rolex GRAND-AM full-season will be announced at a later date.

Farewell and Thank You to Dempsey Racing and Team Sahlen's

While Mazda welcomes Freedom Autosport and Yellow Dragon Racing to the Mazda6 family, two other teams are going elsewhere in 2013.

"We want to thank everyone at Dempsey Racing and Team Sahlen's for racing with Mazda these past few years. Both teams contributed greatly to Mazda's success in the GRAND-AM series, highlighted by our Manufacturers GT Championship in 2010. Both teams scored GT-class race wins," noted John Doonan. "We wish everyone at Dempsey Racing and Team Sahlen's great success in 2013, and we part as friends. We may still collaborate on future programs in the years ahead, and we'll always welcome them back to the Mazda family, should it make sense for both of us."