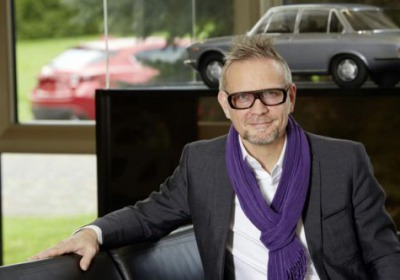 Kevin Rice left Mazda a baker's dozen years ago, but now he's back.

A graduate of the Transportation Design program at Coventry University (just across town from Jaguar headquarters), Rice worked his way up in the industry working for the likes of Opel and Italdesign Giugiaro before landing a job at Mazda. Between 1995 and 2000, he collaborated on such projects as the RX-8 and the 1999 Neospace concept that previewed the Mazda2 before moving on to BMW, where the new 3 Series and 4 Series were among the last projects he worked on during his 13-year tenure in Munich.

Now back at Mazda, Rice has been named the Japanese automaker's new creative director, charged with further honing the brand's KODO design language from its European headquarters in Oberursel, Germany. We're looking forward to seeing what he and his design team come up with in the coming years.

Leverkusen, 28 October 2013. Mazda has strengthened its European design team with the addition of Kevin Rice as creative director. Effective 1 October, the 49-year-old will lead the European creative design process and will focus his attention on further developing the company's award-winning "KODO – Soul of Motion" design language.

The move marks Rice's return to Mazda's European R&D Centre in Oberursel, Germany. As senior designer from 1995 to 2000, he contributed to many proposals for future Mazda's including the RX-8 and lead the development of the 'Neospace' show car, exhibited at the 1999 Frankfurt Motor Show. Rice subsequently spent 13 years at BMW, where he was responsible for the exterior development of many models including the new 3 and 4 series. He now brings this valuable premium experience to the unconventional Japanese brand.

Rice, a British national, studied Transportation Design at Coventry University and prior to joining Mazda in 1995, honed his skills at Italdesign in Italy and Opel in Germany.

"We're really excited to have Kevin back. He's no stranger to Mazda, and his experience at BMW adds an extra dimension that will transfer very well to our European design activities," says Peter Birtwhistle, Chief Designer at Mazda Research Europe. "He's certainly the kind of talent we need to lead Mazda successfully into the future."

"I'm delighted to be here as part of a family guided by a convention-defying approach to designing and building cars that people crave to own," remarked Rice. "I've made it my personal challenge to reinforce the competitive edge of our KODO-inspired models and build upon the Mazda brand's positive momentum."