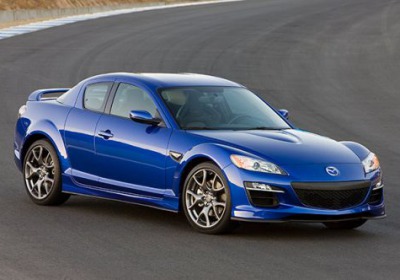 According to Edmunds, Mazda engineers are pressuring the company to create more rear-wheel-drive models, in an effort to better differentiate itself from its rivals. This push is reportedly coming from middle and senior engineers within the company, and these folks at Mazda believe this rear-drive strategy would allow the automaker to produce more distinctive, fun to drive cars. Mazda discontinued the rear-drive (and rotary-engined) RX-8 a few years ago, leaving the MX-5 Miata as the company's only RWD offering.

As enthusiasts, we're fully on board with Mazda offering more rear-drive cars, but unsurprisingly, the company's top management isn't exactly keen on the idea – and with good reason. First and foremost, the cost associated with redesigning fresh architecture for new models would be very high, and considering the fact that Mazda hasn't exactly been raking in the dough lately, an expensive new venture like this doesn't make a whole lot of sense. What's more, Mazda's latest front-drive models – the Mazda3, Mazda6 and CX-5 – have been very well-received, and are helping the company gain sales momentum.

But that doesn't mean there aren't other options. Edmunds reminds us that Mazda is already partnering with Alfa Romeo on the next-generation Miata, and if this collaboration is successful, perhaps the relationship could bear additional fruit. After all, Alfa Romeo is said to be working on returning to its rear-wheel-drive roots, so Mazda's engineers might be able to make a case for more RWD goodness after all.