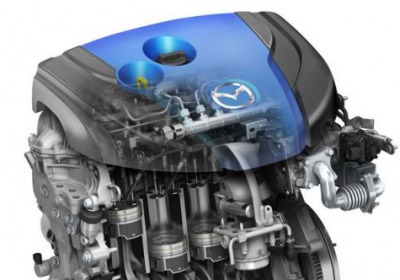 Japanese automakers haven't lead the charge towards diesel power in the same way as, say, the Germans have. But Mazda is out to change that. It has been following Audi's lead on the racetrack with oil-burning racecars right here in America, and will soon translate that excitement to the road by introducing its Skyactiv-D engine in North America. It just won't happen as soon as we expected.

Mazda announced today that, while its diesel engine meets current emissions requirements, the company has decided once again to push back an introduction originally slated to kick off in the Spring. According to the brief statement below, Mazda wants to take more time to find "the right balance between fuel economy and Mazda-appropriate driving performance."

In other words, the Zoom-Zoom brand apparently thinks its diesel engine doesn't deliver the zoom-zoom American drivers would expect, so we'll have to wait just a little bit longer. Details to follow closer to launch, whenever that will ultimately take place.

Mazda's SKYACTIV-D clean diesel program for North America is being further delayed from its Spring 2014 announced debut timing. While Mazda understands its SKYACTIV-D engine can meet emission regulation requirements, it was decided that further development is required to deliver the right balance between fuel economy and Mazda-appropriate driving performance. Further information on the program, including a timeline of launch for North America, technical specifications and fuel economy will be available at a later date, closer to launch.