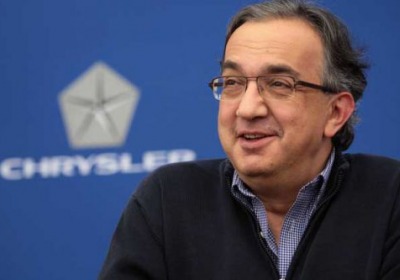 As a reporter covering an auto show, the one opportunity you never want to miss is going to the Sergio Marchionne press briefing.

"This undertaking to bring Alfa back is a one-shot deal... We are not going to do this twice."

There just aren't that many real characters left in the auto industry. Marchionne, who sits atop both Chrysler and Fiat, is not only one of the smartest execs in the business, but also the most frank. Herein, a sample of the quotable always-sweatered executive:

A controversial remark on the return of Alfa Romeo to the United States:

"This undertaking to bring Alfa back is a one-shot deal... We are not going to do this twice... Alfas must have 'wop' engines... and we don't have the powertrains worked out just yet.. we won't put any Chrysler engines in Alfas, or Maseratis."

The production Alfa Romeo 4C sports car, which may be unveiled at the Geneva Motor Show in March, is not ready for a US launch, Marchionne said earlier this week at the Detroit Auto Show. But then, on January 18 at the INforum breakfast in Detroit, Marchionne reportedly reversed course and said the 4C will be ready for US dealers by the end of this year. Given how many delays have been suffered in Alfa's return plans, we'll file this under "wait and see."

On his stable of brands:

Asked by a reporter if he was happy with his current brands, Marchionne replied, "No, actually I want to buy Volkswagen." The answer was intentionally snarky, as Marchionne has been in a pubic battle with Volkswagen AG supervisory board chairman Ferdinand Piëch, who has been trying to pressure Marchionne to sell Alfa to the German automaker. Marchionne has publicly singled out VW in recent months for not reducing capacity while Europe's demand for new vehicles languishes. Instead, VW has been exerting great price pressure on weaker rivals in Europe like Fiat, Peugeot, General Motors, Renault and Ford.

On the launch of the Dodge Dart:

"I take full ownership for the fact that it wasn't the launch that I wanted." Marchionne admitted that in a desire to pump up fuel economy, Dodge didn't offer the transmission options that Americans might have preferred. "The powertrain is less than ideal," he said during a roundtable discussion with reporters.

"I take full ownership for the fact that it wasn't the launch that I wanted."

The automaker is trying to address some of the Dart's shortcomings and kickstart sluggish sales, as it unveiled a higher-performance version of the compact sedan, the Dart GT (pictured) at the Detroit show. The model features a 184-horsepower, 2.4-liter engine and sport-tuned suspension with high-tech shock absorbers. But it prices out at $6,000 above the base model.

On minivans and people movers:

Marchionne has been maddeningly unclear about the future of Chrysler's minivan business. The Chrysler Town & Country and Dodge Grand Caravan will continue to be produced as-is through 2014. But they will be replaced with one minivan and one additional "people mover" model, both of which he said would be produced in Windsor, Ontario, where the two minivans are produced now. What still lacks clarity is whether Chrysler will get the minivan, with Dodge getting the "people mover," or vice versa. Marchionne is still indefinite on the decision, but we'd bet on the Chrysler brand staying in the minivan business.