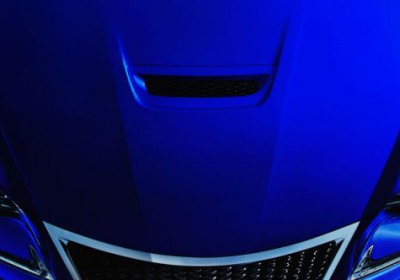 A few weeks ago, Lexus released a teaser image of its upcoming Detroit Auto Show reveal, simply calling it the "next Lexus F." Now, a new shot of the Detroit-bound car has been sent out, and while we still don't know what the new model will be called, we can tell you this: it's a coupe.

Originally, we assumed the new Lexus F model would be the successor to the IS F sedan. But now that we know it'll be a two-door, it stands to reason that this could be the performance oriented version of the 2015 RC coupe that made its debut at the Tokyo Motor Show earlier this year. Of course, Lexus is still keeping quiet on any specifics, simply stating that the company "will unleash its upcoming F model as a coupe, conceived with grit, an entirely new expression of design and uncompromising performance."

The official name of the new F model is set to be revealed in early January, likely just before its official debut in Detroit. Stay tuned for more, and scroll down to read Lexus' very brief press blast.

TORRANCE, Calif. (Dec. 19, 2013) – Half the doors, twice the roar. Lexus will unleash its upcoming F model as a coupe, conceived with grit, an entirely new expression of design and uncompromising performance. The official name of this two-door F model will be released in early January 2014.

The next F will make its debut at the 2014 North American International Auto Show in Detroit. The Lexus press conference will also be streamed live online at www.lexus-int.com/. Follow the hashtag #AsphaltUp for more developments.