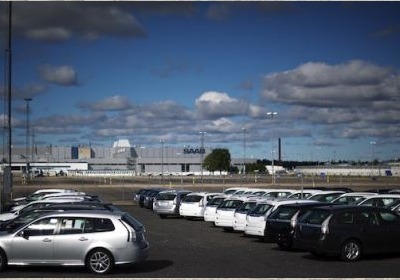 If you've been wanting to get your hands on one last new Saab but missed out on the great Saab sell-off when Saab Cars North America declared bankruptcy, well, your ship has now come in.

Actually, it came in last year – but hundreds of new Saabs got waylaid at ports in California and New Jersey because of the bankruptcy, according to SaabWorld.net. Those cars are now slated for auction, some 900 of them, which will be available for dealers, exporters and rental car companies to bid on beginning next week. Eventually, 300 of these cars should make their way to Saab dealers, where they're expected to be sold off at 30- to 50-percent discounts. The other 600 will either be exported or used as rentals, according to the report, so "the price of Saabs will not be severely depressed."

Besides the new cars, some 67 company cars, including some interesting stuff like a 1960 Saab Quantum IV and a 1970 Sonnett III, will also be auctioned off, according to the report. Of the new cars, just over half are 9-5 models, some 400 are 9-3 sedans, another 60 are 9-3 wagons, and about a dozen are convertibles. According to the report, 28 are actually 9-4X crossovers, which is more than 10 percent of Saab's total 2011 sales for that model.