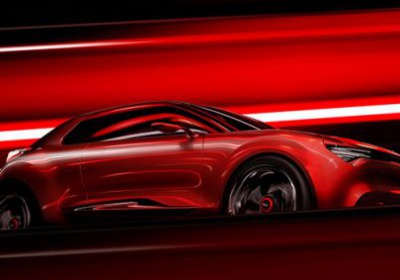 These four photos tell us most about the pomegranate-red concept Kia will be bringing to this year's 2013 Geneva Motor Show. An accompanying 66-word press release gives away nothing, so we're left to wonder if this is some kind of Nissan Juke rival that the South Korean company is toying with.

Even with the exaggerated dimensions of concept cars, this unnamed "urban concept car" looks somewhat larger than the average subcompact hatch, and there are some seriously Juke-ish lines around the rear three-quarter. This concept, however, appears to be a two-door model, unlike the Juke with its hidden rear handles, but that doesn't mean a production model couldn't add a couple of entry points.

We'll know for sure in March. You'll have to make the four high-res photos and those 66 words in the release below last until then.

Frankfurt, 23 January 2013 – Kia is set to deliver a provocative and racy new urban concept car at this year's Geneva Motor Show. With the company's signature tiger-nose morphing into a mischievous yet friendly grille and headlight arrangement, coupled with strong styling lines that exude speed and energy from every angle, Kia's newest concept vehicle is guaranteed to attract attention.

See also: 2014 Cadenza is Kia's take on the Hyundai Azera, Hyundai and Kia adding Google Maps API to nav systems, IIHS says these are the safest cars of 2013.