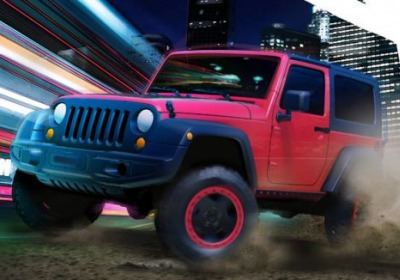 With the 47th annual Moab Easter Jeep Safari coming up at the end of this month, Jeep is preparing to roll out six new off-road-ready concept vehicles. The first two being teased are the Jeep Grand Cherokee "Trailhawk II" concept and the Jeep Wrangler "Slim," and while we have no information on either, we at least get an idea of what they'll look like.

We can't tell why this Wrangler is called Slim, but it has a nice black-and-red paint scheme with a serious off-roading front bumper and five-spoke beadlock wheels. There's even less we can figure out about the Grand Cherokee's Trailhawk II concept except that it appears to be painted up in the same Crusher Orange paint job as the recently introduced SRT Viper TA. We'll likely more of these as well as peeks at the other Moab concepts as we get closet to this year's Moab Easter Jeep Safari, which will be held March 23 through 31.