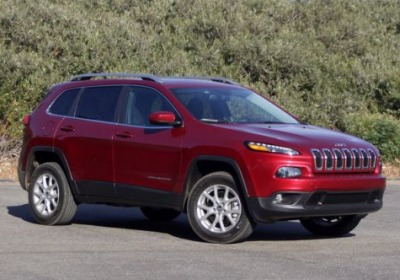 In an unusual move, Chrysler is idling its recently hired second shift of 2014 Jeep Cherokee builders because, Chrysler spokeswoman Jodi Tinson said in a statement, it already has built the "critical number of vehicles we need to stock dealerships once containment is released," Automotive News reports.

After the "critical" 9,430 Cherokees were built, the layoff was enacted so as not to strain the automaker's logistics partners before the Cherokee is actually released. Chrysler says the temporary layoff will last about two weeks, with 500 workers out of work and another 600 reassigned at the Toledo Assembly Complex where the sports utility vehicle was being built. The second-shift workers were hired on August 19.

Chrysler previously insisted that it would release the Cherokee to dealerships by the end of the third quarter, and it initially planned to start selling the SUVs in mid-August. Apparently the Cherokee needed a software fix before hitting showrooms, which is how Chrysler explains why the release schedule is out of whack. We're thinking that this software fix addresses the "powertrain calibration" issue that delayed the first media test drives of the model. According to the Toledo Blade, Chrysler has admitted it is doing "extended quality validation testing" but refused to provide more information.

Automotive News quotes Tinson as saying that Cherokees haven't been released to dealerships yet, but that she promises it plans to do so before the end of the third quarter – which is next Monday.