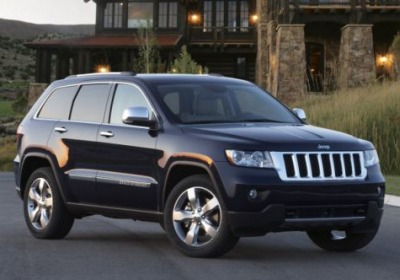 The National Highway Traffic Safety Administration is launching an investigation into 146,000 Jeep Grand Cherokee SUVs from the 2012 model year, The Detroit News reports. This comes as the result of the government safety agency receiving three complaints from owners who cited fires inside the Jeep's cabin.

According to the report, NHTSA says:

"The customers reported a burning odor and visible smoke coming from the headliner while the vehicle was being driven. This was followed by flames from the headliner itself. Customers lowered the windows in an effort to clear the smoke but this increased the fire's intensity. All three vehicles had to be extinguished with a fire extinguisher or by the fire department as they continued to burn after the vehicle was turned off."

And it gets worse. In one incident, the fire apparently caused the sunroof to shatter, and in another, the fire spread to the passenger seat because the burning sun visor fell from the headliner. A Chrysler spokesperson tells The Detroit News that the automaker will be fully cooperating with NHTSA's investigation of these Grand Cherokee models. Chrysler is reportedly investigating this problem itself, as well.

Depending on the results of the investigation, a recall may be issued to prevent future fires from occurring in other Grand Cherokees. If that happens, hopefully it won't create as much controversy as the last time NHTSA requested that Jeep vehicles be recalled.