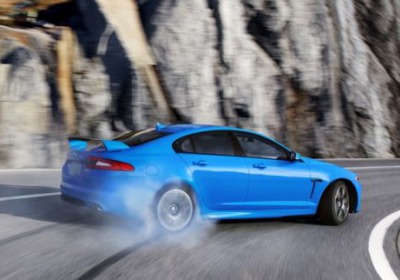 Rumors have swirled in recent weeks that Jaguar may be the next manufacturer to join the V8 Supercars racing series, made popular in Australia but now well-known in other parts of the world as well. Sadly, Jag's participation is not to be. In fact, it would be "insane," according to Jaguar Land Rover Asia Pacific Managing Director David Blackhall, for it to accept either of the two offers it has received to bring Jaguar into V8 Supercars.

Not only is Jaguar not interested in entering V8 Supercars, says Blackhall, it also fails to understand the recent entries from AMG and Volvo. "I don't know what it does for AMG to get flogged by a V8 Commodore week after week, but it's their brand, their issue. And the same thing will happen to Volvo to be honest."

Judging by Blackhall's statements to motoring.com.au, after not-so-serious consideration, the automaker decided the monetary commitment it would take to compete for wins would be more than any potential exposure would be worth, despite the fact that Jaguar has a 5.0-liter V8 to go along with what would seem to be a tailor-made rear-wheel-drive chassis. For what it's worth, one offer would have had Jaguar putting its name across an engine made by someone else, an option that was flatly turned down.

In related news, don't expect to see Jaguar make a return to Formula 1, either. "We've been there. And the fizzy drink that took over [Jaguar's F1 team] is not doing too bad. But we wouldn't go back again," said Jag's head honcho Adrian Hallmark.