Is Kia working on a sporty convertible? 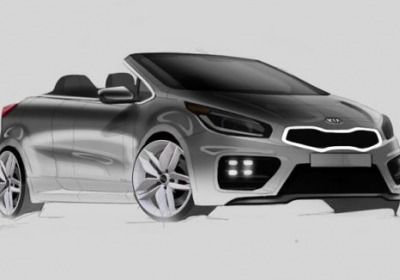 It's been a number of years since we last heard rumors about a drop-top Kia, but as the South Korean automaker continues to grow into new segments, why not stir things up again? Fan site Kia-world.net got its hands on what is claimed to be an exclusive drawing (click to enlarge) of the Kia Pro_cee'd GT Cabrio.

This rendering looks exactly like what we'd picture a topless version of the three-door hatchback to look like, but until there's any official information, we'll keep this filed under "we'll believe it when we see it." The idea of a Kia convertible sounds good to us, especially if it looks like this, but we're still waiting for the sporty model that lead designer Peter Schreyer said could happen "sooner or later" back in 2010.

See also: 2014 Kia Cadenza, Why BMWs are cheaper than Hyundais in Korea, 2014 Kia Sedona rises from the dead, same as it ever was.