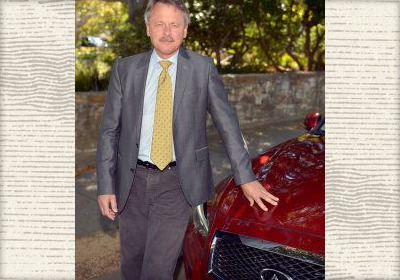 Just weeks before he was supposed to become CEO of Porsche Cars Australia, Infiniti has apparently offered Porsche COO and Executive Vice President Michael Bartsch a deal he couldn't refuse. Thus, Bartsch has join the company as Vice President of Infiniti Americas, the luxury marque's top North American post. Bartsch replaces Ben Poore, who has been with the automaker since 2008, having led both a 22-percent sales surge in 2012 and the brand's current sales slough, Automotive News reports.

Bartsch, Porsche's No. 2 US executive, has held the COO and Executive Vice President positions at Porsche since 2005 and was scheduled to become CEO of Porsche's Oz division on September 1. Infiniti has experienced a number of recent personnel changes in the past week: it named Vincent Gillet, formerly an executive for Starwood Hotels & Resorts, to lead its marketing efforts worldwide and Simon Cox, a former designer for automakers including Ford and Peugeot, to head a new design studio in London.

Poore reportedly will pursue other interests outside of the auto industry. Read more about the personnel change in the press release below.

"Michael Bartsch has a proven track record in the premium automotive industry and we are very pleased to welcome him to Infiniti," said Johan de Nysschen, President of Infiniti Motor Co., Ltd. "Michael joins us at a time when Infiniti is going through a major transformation to prepare for a significantly expanded product portfolio and future growth. His 30-years of global automotive experience will be a great asset as we grow Infiniti's business in the Americas."

During his time at Porsche Cars North America, Bartsch turned the company's dealer network into a cohesive and profitable business, focused singularly on the Porsche brand. In parallel, sales increased to an all-time-high in 2012 with a further record expected for 2013.

De Nysschen continued: "Ben Poore has been instrumental in shaping the Infiniti brand and its growth in the Americas during the last five years. I am very grateful for his contributions, dedication and leadership during this time, and I wish him very well in his new endeavors."

Bartsch descends from a family that has been involved in the automotive business over many generations. His own career started in 1984 as a District Sales Manager with General Motors' Australian brand, Holden. He then went on to take positions with other automotive companies in Australia, before he joined Porsche Australia as Marketing Manager in 1994. Bartsch was subsequently promoted to Director, Sales & Marketing, at Porsche Australia, and in 2004 he moved to Porsche Cars North America Inc. to become Executive Vice President and Chief Operating Officer, the position he held until he joined Infiniti. Between 2004 and 2009, he was additionally CEO of Porsche in Canada.

Bartsch has German / Australian dual citizenship. He holds a bachelor's degree in Economics from Macquarie University in Sydney.