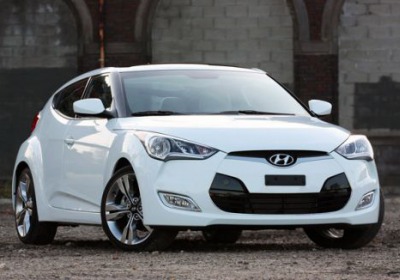 Back in December, Hyundai issued a recall affecting some 13,500 Veloster hatchbacks because their optional panoramic sunroofs could possibly shatter while the vehicle is in motion. Now, an expansion of that recall has been announced, with an additional 6,071 units of the 2012 model year hatchback figuring in to the problem.

The original recall covered cars built between November 1, 2011 and April 17, 2012, but this expansion concerns vehicles built from July 4, 2011 to October 31, 2011. Just like before, the official National Highway Traffic Safety Administration bulletin states that these vehicles may be fitted with sunroofs that were inadvertently weakened during installation, and thus, can possibly break while the vehicle is in motion.

This second sunroof recall is expected to kick off next month. Dealers will inspect the sunroofs in these affected vehicles and will replace the whole assembly if necessary, free of charge. Scroll down to read the full NHTSA report.

Hyundai is recalling certain model year 2012 Veloster vehicles manufactured from July 4, 2011, through October 31, 2011 and equipped with panoramic sunroofs. The panoramic sunroof assembly may have been weakened during installation at the factory.

If the assembly was weakend at the factory, the panoramic glass panel may break while the vehicle is in motion leading to personal injury or a vehicle crash.

Hyundai will notify owners, and dealers will inspect the sunroof's integrity and replace the sunroof glass assembly, as necessary, free of charge. The safety recall will begin in March 2013. Owners may contact Hyundai at 1-800-633-5151.