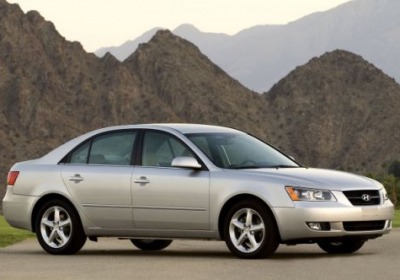 Hyundai has announced plans to recall 240,000 Sonata and Azera models registered in the northern United States over corrosion caused by the use of road salt. Exposure to the salt can cause rust to form (we know, basic chemistry here), and that the corrosion can change the alignment of the rear wheels, according to Reuters.

Sonatas from the 2006 to 2010 model years, built between March 1, 2005 and January 21, 2010, and Azeras from the 2006 to 2011 model years, built between September 27, 2005 and November 22, 2010, are covered only if they were registered in the following states: Connecticut, Delaware, Illinois, Indiana, Iowa, Maine, Maryland, Massachusetts, Michigan, Minnesota, Missouri, New Hampshire, New Jersey, New York, Ohio, Pennsylvania, Rhode Island, Vermont, West Virginia, Wisconsin and Washington, DC. So basically, every state from the Midwest, to the central Atlantic coast, to New England. It is unclear exactly how many Sonatas or Azeras make up the 240,000 total number.

Hyundai is also recalling 20,300 of its 2013 Santa Fe Sports, while sister company Kia is recalling 9,345 2014 Sorentos. This second recall only covers Santa Fe Sport and Sorento models with the base, 2.4-liter engine and front-wheel drive. Apparently, the front axle driveshaft can develop cracks and separate.

No injuries, accidents or fatalities have been reported due to these recalls. As of this writing, the National Highway Traffic Safety Administration has not issued an official recall notice, so it's not clear when the recall campaign will begin.