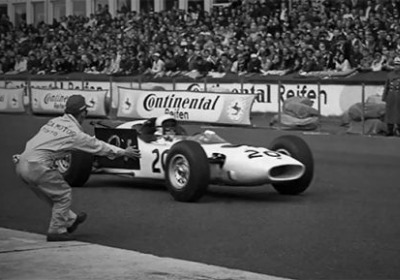 Just as Porsche has done with its lengthy Le Mans gear-up, Honda is is laying the table for its Formula One return more than a year before we'll actually see it on track. We've heard what it's 2015 engine will sound like, reminisced with the 1988 McLaren Honda MP4/4 and the 1964 Honda RA271 and spoken to the company's CEO about what F1 involvement could do for its production car engines.

The automaker has now released a video called The Challenging Spirit of Honda that traces the development of its in-house F1 program and the jump from motorcycles to the first RA270 F1 chassis in 1962, to the RA272 chassis that won the 1965 Grand Prix. The only catch: the video is in Japanese. However, you can read about the winning car in English, and the video ends with another sound check of the 2015 power unit. That is a universal language, and you'll find it being spoken below.