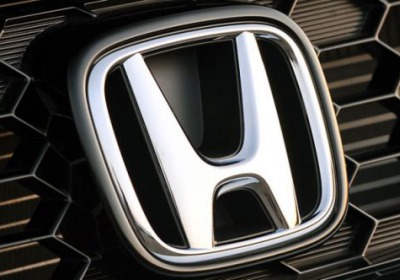 Ford, General Motors and Chrysler have been living in a world of sunshine and buttercups after their April-through-June financials hit the newswire, and Toyota is doing pretty good as well. Honda? Not so much.

While Japan's third-largest manufacturer saw $1.9 billion in profits, the 5.1-percent jump was lower than expected thanks to a drop in its home-market sales. US sales also took a sting, as Honda hasn't been able to match the SUV and truck demand that are currently permeating the American market, despite an uptick in Accord sales.

Honda's initial forecasts targeted a take of 209.3 billion yen ($2.1 billion at today's rates), and while a $200 million shortfall is nothing to sniff at, we'd hardly take this as Honda being in trouble. And even with the dip, Honda hasn't adjusted its forecast for the fiscal year, which remains at 780 billion yen ($7.9 billion).

Still, the cause of the problem for Honda isn't one that's easily solvable. Accord sales were strong, helping the brand move 745,578 vehicles during the first half of 2013, which is a six-percent improvement in year-over-year sales. Yet, Honda's market share shrunk by 0.1 percent, and the Japanese manufacturer's lack of competitive SUVs and pickups is worrying. In the short term, though, the arrival of the new Acura MDX in North American dealerships should deliver a small shot in the arm.

Honda's home-market issues are also troubling, with Reuters reporting a 24-percent drop in sales, thanks to the discontinuation of government subsidies. All told, this isn't the rosy outlook we've gotten used to since the latest batch of earnings came out.

- Honda Motor Co., Ltd. announced its consolidated financial results for the fiscal first quarter ended June 30 2013
- Operating income for first quarter FY2014 has increased by 5.1 per cent to 184.9 billion yen, compared to the same period last year
- This increase has been driven by increased motorcycle sales in Asia and increased car sales in all regions except Japan
- All Forecasts for FY2014 (volume and profit) remain as per the last financial announcement (26 April 2013)

Despite some profit-reducing factors such as an increase in expenses necessary for the future growth of the company including R&D expenses and expenses related to the startup of new production plants and changes in revenue and model mix in Japan and North America, consolidated operating income for the fiscal first quarter (April 1, 2013 through June 30, 2013) amounted to 184.9 billion yen, an increase of 5.1 per cent compared to the same period last year, due primarily to increased motorcycle sales in Asia, increased car sales in all regions except for Japan, reduced costs and favorable currency effects due to the depreciation of the Japanese yen.

Previously announced forecasts for consolidated financial results for the current fiscal year ending March 31, 2014 will remain unchanged based on the results for this fiscal first quarter.