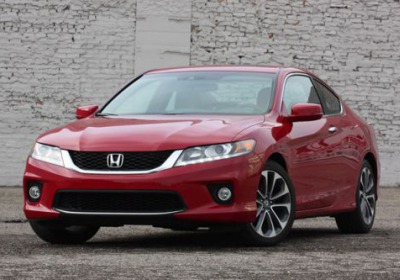 Honda has partnered up with Apple to bring Siri to the Accord, Acura RDX and ILX. Owners who have an iPhone running iOS 6 will be able to ask the software to perform a number of tasks via voice command using the vehicle's on board microphone and speaker systems. What's more, the tech will put the iPhone into an "eyes free" mode, which turns the screen off to help reduce distraction while driving. Honda says it has reworked its Bluetooth and HandsFreeLink systems to accommodate the Siri functionality. While the tech will only be available on three of the company's models right now, we imagine it won't be long before it shows up elsewhere.

As you may recall, Chevrolet integrated Siri into its products with vehicles like the Spark and Sonic, but Mercedes-Benz and Chrysler have also toyed with the tech to varying degrees. The seamless voice command seems to be light years ahead of the tech manufacturers are currently playing with. Check out the full press release from Honda below for more information.

TORRANCE, Calif., Jan. 30, 2013 – American Honda today announced it will integrate support for Siri, the intelligent assistant that helps you get things done just by asking, into its 2013 Honda Accord and Acura RDX and ILX models as a dealer installed option. Later this year, owners with a compatible iPhone* running iOS 6 can direct Siri to perform a number of specific tasks while they safely keep their eyes on the road and their hands on the wheel. Using Eyes Free mode, Siri takes hands-free functionality even further and minimizes distractions even more by keeping your iOS device's screen from lighting up.

"iPhone has become so integral to people's lives that they continue to use them in their vehicles, " said Vicki Poponi, assistant vice president of automobile product planning, American Honda. "Offering Honda and Acura owners Siri and its Eyes Free mode via Bluetooth is an incredible opportunity to provide next-generation connectivity and meet our customer's ever-changing needs."

Honda recognizes the power of Siri and Eyes Free mode as an in-vehicle tool that will help meet the connectivity and convenience needs of its customers in a responsible manner. Honda has reengineered its software to seamlessly integrate Siri Eyes Free mode into its Bluetooth® HandsFreeLink® via the onboard microphone and speakers.

* Siri is available in Beta only on iPhone 4S, iPhone 5, iPad (3rd and 4th generations), iPad mini and iPod touch (5th generation), and requires Internet access. Siri may not be available in all languages or in all areas, and features may vary by area. Cellular data charges may apply.

About Honda and Acura