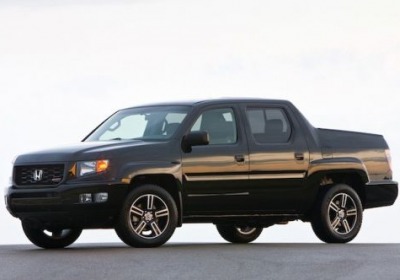 Three years ago, Honda said there would be no new-generation Honda Ridgeline coming in 2011. In late 2011, when there was still no word on a replacement for the little truck that's been carrying on pretty much the same since 2006, within the space of a month both Honda's US truck planner and the CEO of American Honda said the Ridgeline would continue and that it was an integral part of the lineup.

But that doesn't mean it can't take a two-year timeout. A report in Ward's Auto says that the Lincoln, AL plant that builds the Ridgeline will cease its production in September, 2014 and a new one won't arrive until 2016. That's a walk-back from when the plan was to have the current truck run until a week before the next-generation truck went into production. Even so, Honda still says the Ridgeline isn't going away forever, a company spokesman telling Ward's, "Ridgeline continues to be an important part of our lineup."

2016 is a long way away, though, and we all know how quickly a product line put into a coma can end up suffering fatal consequences. Even though we keep talking about the Ridgeline, perhaps what Honda is actually saying is that the small pickup market is important to them, and they're working on a way to take better advantage of it than the Ridgeline was doing. We'll find out one way or the other in three years.