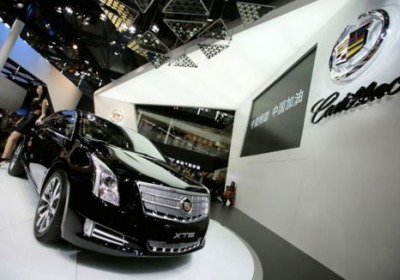 General Motors has gotten approval to build a $1.3 billion manufacturing facility for its Cadillac brand in China. China's National Development and Reform Commission signed off on plans for GM to build the plant in the country's Shanghai's Jinqiao zone; construction is expected to begin in June of this year. According to a Bloomberg report, the plant will have an annual production capacity of 150,000 units.

No surprise here, but Cadillac would like to sell a lot more cars in the plush Chinese luxury market. The brand moved only 30,010 cars in China last year, compared with 400k for Audi, and about 330k for BMW. With Cadillac already telling us that it would be moving production of its XTS sedan to China – a production decision that saves having to pay 25-percent import tariffs – approval of the factory is a critical win for the company.

In fact, according to earlier comments by GM China president Bob Socia, it's at least conceivable that Chinese-built Cadillacs could be shipped back to the US for sale. The brave new world of globalization, getting stranger by the minute.