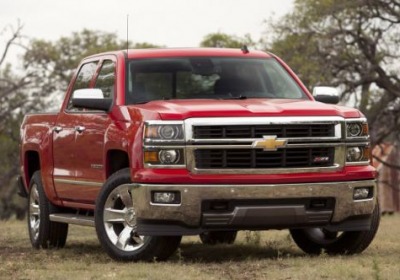 General Motors will recall 21,721 of its new 2014 Chevrolet Silverado and GMC Sierra pickups over front seats that could move if the vehicle is hit from behind. Affected vehicles all feature manual adjustments for the two front seats, according to a report from Automotive News.

Of the nearly 22,000 vehicles covered under the action, the overwhelming majority – 18,972 -– were sold in the United States. A further 2,575 were sold in Canada, while 103 were shipped south of the border to Mexico. Finally, another 71 were sold outside North America altogether. As of right now, there are no reports of injuries due to the defect.

Naturally, Chevy and GMC dealers will make the repairs free of charge, although it's not clear as of this writing if GM will be notifying owners or just addressing the issue at the truck's first service.

This recall is notable for being the second to affect the Silverado and Sierra since their debut earlier this year. GM recalled 843 vehicles for an airbag issue over the summer. We'll update this story if an official statement becomes available from GM or the National Highway Traffic Safety Administration.