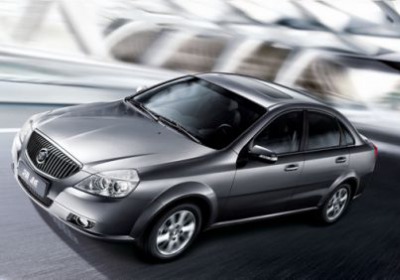 General Motors and its Chinese partners have announced their second recall in the People's Republic this year, following a 2,653-unit recall of the Cadillac SRX earlier this year. This latest recall affects nearly 1.5 million cars built between 2006 and 2012. It's not explicitly stated, but as there's no movement from the US NHTSA, we suspect that the cars in question were all Chinese-built rather than imports.

The vast majority of the affected vehicles are Buick Excelles (pictured), with 1.2 million units being recalled over a faulty bracket that's meant to secure the fuel pump. The Excelles in question were built between 2006 and 2012, while an additional 250,000 Chevrolet Sail superminis, built between April 2009 and October 2011, are being recalled for a similar reason.

According to the PRC's Administration for Quality Supervision, Inspection and Quarantine, the faulty bracket could crack and potentially cause a fuel leak.

See also: eBay Find of the Day: 1981 DeLorean with 570-hp twin-turbo Buick V6 [w/videos], Watch this phantom Buick drive itself down the highway in a snow storm, Buick to add more GS models?.