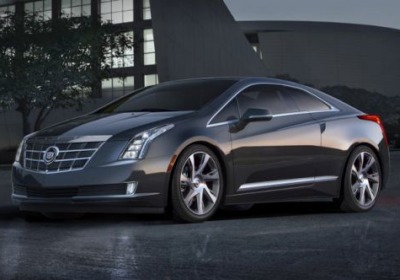 Cadillac will be taking on Tesla Motors, the underdog EV manufacturer that's seen heaps of critical acclaim and stock market buzz with its most recent sedan, the Model S. "If you want to compete head-to-head with Tesla, and we ultimately will, you want to do it with a Cadillac," Dan Akerson, the chairman and CEO of General Motors, told media in Washington, according to The Detroit News.

Akerson continued, telling The News, "We'll sell more Volts and lose less money on the Volts than they'll lose on the Model S." He also took time to point out that Tesla getting vehicles out to customers isn't a guarantee of success or permanence, using Fisker as an example, saying "Does anybody even remember Fisker? I mean, there were a number of them; they are all gone."

This strong talk from Akerson comes after Doug Parks, another GM exec, let slip that the Detroit-based manufacturer has an EV in the works that will cover 200 miles per charge and only cost about $30,000, a massive upgrade over similarly priced EVs that struggle to top 100 miles per charge. Until that vehicle arrives, though, GM is preparing the Cadillac ELR, a small coupe that, like the Volt with which it shares technology, uses a gas engine as a mobile generator to recharge the batteries. Akerson took aim at Tesla again, saying, "But I do think when the ELR comes out late this year, early next – it's certainly the same postal code as Tesla, but now we're going to move up. It's not going to be a mass-produced car."

Tesla had no direct comment on Akerson's comments about the Model S financial losses, but spokesperson Shanna Hendriks did tell AutoblogGreen that, "the more EVs on the road, the better and more likely we will achieve the mission to catalyze the market for EVs."

GM's EV efforts have been limited, relative to other manufacturers, as its opted to focus on the Volt's innovative drivetrain. Despite this, its history in electric cars is a rich one, dating back to the EV1, and most recently with the new Spark EV.