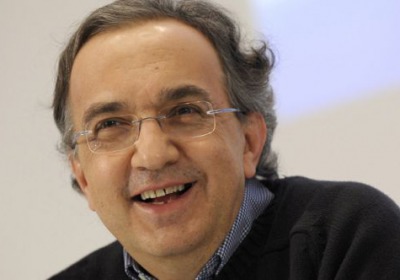 There are some companies that could change leadership overnight and still remain more or less the operations that they are. But some have built themselves up around one central figure. Just ask Carlos Tavares, who found he couldn't escape the long shadow of Renault-Nissan CEO Carlos Ghosn. Tavares recently left to find his own limelight. But Ghosn isn't the only executive who presides over two disparate automakers on opposite ends of the globe.

Having built up Fiat and Chrysler around himself, we can hardly imagine either automaker getting along without Sergio Marchionne. But the day will come when the famously sweater-clad bigwig will step down. The pressing questions remain when when that day will come, and who will take his place. The only solid clues we have are in the statements made mostly by Marchionne himself, but those statements have been all over the place. When speaking to Automotive News in 2012, he said he would step down "no earlier than 2013, no later than 2015." But a year later, he had already seemingly changed his tune, indicating he could still be at the helm in 2016. Fiat chairman John Elkann seems to think Marchionne, 61, could and should stay on longer.

Whenever he does retire, though, there are several candidates who could fill his shoes. Marchionne has indicated that his eventual successor currently sits on the Chrysler-Fiat Group Executive Council, composed of 20 execs each responsible for one or more areas of operations within the burgeoning transatlantic empire. According to Automotive News, Jeep chief Mike Manley, current Europe/Middle East/Africa sales chief Alfedo Altavilla, Ram boss Reid Bigland and CFO Richard Palmer are considered to be the frontrunners. But then given the different hats that Marchionne wears - including chief executive of both the Fiat and Chrysler groups and head of North American operations – the job could be split up in the future, leaving not one successor to Sergio's legacy but a handful.

Who do you think should take up the reins after Marchionne steps down? Have your say in Comments.