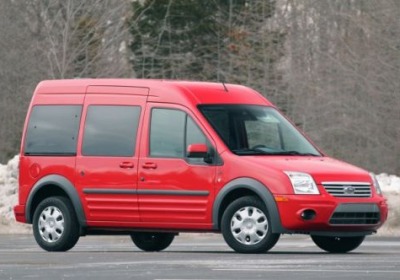 The Blue Oval got into trouble for this in a January ruling in which U.S. Customs and Border Protection officials asked Ford to stop the practice of importing the Transit Connect vehicles with passenger seats, then removing and shredding them. Now Automotive News reports that Ford is appealing the ruling. The 25-percent "Chicken Tax," as the tariff is often called, is 50 years old and was enacted as a response to a German tariff on chickens. Like Ford, Chrysler bypasses the higher tariff, but it does so in a different manner. It partially disassembles Sprinter cargo vans before shipping them to the US, then rebuilds them at a plant in South Carolina.

But the ruling against Ford's strategy states that it "serves no manufacturing or commercial purpose" and is there to "manipulate the tariff schedule," Automotive News reports. As Ford's appeal goes through, it is importing the Transit Connect and paying the higher tax, hoping for a favorable outcome and planning to build the next-generation Transit Connect, which it plans to launch before the end of the year, in Spain.

At the same time, Ford is lobbying the government to keep Japanese automakers paying the 25-percent tax on commercial vehicles, but that's because other non-tariff economic barriers make it extremely difficult to import vehicles to Japan.