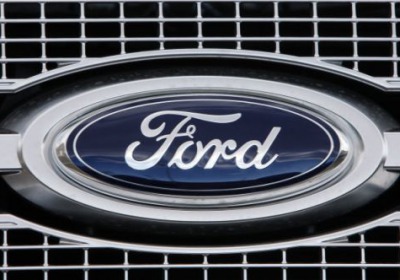 Ford took in $2.6 billion in pre-tax profits in the third quarter of the year, making for a record trio of months that saw the Blue Oval's year-over-year earnings increase by $426 million. The earnings are being attributed not just to improvements in North American sales, but sales around the globe.

Revenue was up 12 percent, to $36 billion, although net income took a hit, dropping $359 million to $1.3 billion. Ford was dinged with $498 million in pre-tax charges, which are being blamed for the drop in net income.

The news has boosted Ford's hopes for full-year results, bumping it's total profits up past $8 billion, according to Automotive News. The Dearborn, MI-based manufacturer is still expecting a loss in Europe, although it's forecasted less than the $1.73 billion it burned in 2012. In fact, according to CFO Bob Shanks, Ford's European losses dropped by 51 percent year-over year, a huge improvement for the brand.

"We're encouraged from a number of prospectives. The company continues to grow in wholesale volumes, revenue and market share gain," Shanks said in a statement. Scroll down for the full press release from Ford.

Record third quarter pre-tax profit of $2.6 billion, an increase of $426 million compared with a year ago; 17th consecutive quarter of profitability; third quarter earnings per share of 45 cents, an improvement of 5 cents per share compared with a year ago
Net income of $1.3 billion, or 31 cents per share, down $359 million, or 10 cents per share, compared with a year ago due to pre-tax special item charges of $498 million. Special item charges included $250 million for separation-related actions, primarily in Europe to support the company's transformation plan, and $145 million associated with Ford's U.S. salaried retiree voluntary lump sum payout program as part of its pension de-risking strategy
Top-line growth with wholesale volume and total company revenue up 16 percent and 12 percent, respectively, compared with a year ago; growth supported by year-over-year market share gains in all regions; fourth consecutive quarter of top-line growth
Record third quarter pre-tax profit for Automotive sector; continued strong results in North America and a combined profit for regions outside North America for first time since second quarter 2011; record third quarter profit for Asia Pacific Africa; profitable in South America; loss in Europe, but improved substantially from second quarter and a year ago. Ford Credit remained solidly profitable
Record third quarter Automotive operating-related cash flow of $1.6 billion; 14th consecutive quarter of positive operating-related cash flow; strong liquidity of $37.5 billion, an increase of $400 million from the end of the second quarter
First nine months pre-tax profit of $7.3 billion, an improvement of $1 billion compared with a year ago; first nine months net income of $4.1 billion
Improved full year company financial guidance: Ford now expects total company pre-tax profit to be higher than 2012, improved from prior guidance of equal to or higher than 2012. Ford also now expects Automotive operating margin to be higher than last year rather than about equal. Ford continues to expect Automotive operating-related cash flow to be substantially higher than 2012

Net income for the third quarter of $1.3 billion, or 31 cents per share, was down $359 million, or 10 cents per share, compared with a year ago due to pre-tax special item charges of $498 million. Special item charges included $250 million for separation-related actions, primarily in Europe to support the company's transformation plan, and $145 million associated with Ford's U.S. salaried retiree voluntary lump sum payout program as part of the company's pension de-risking strategy.

Automotive operating-related cash flow was $1.6 billion, a third quarter record, marking the 14th consecutive quarter of positive performance. The company ended the third quarter with strong liquidity of $37.5 billion, an increase of $400 million compared with the end of the second quarter of 2013.

"Ford's record results in the third quarter show the strength of our One Ford plan around the world," said Alan Mulally, Ford president and CEO. "Working together, we remain committed to serving customers in all markets with a full family of vehicles, offering the very best quality, fuel efficiency, safety, smart design and value."

During the quarter, Ford contributed $1.1 billion to its global funded pension plans, which included about $700 million of discretionary payments to its U.S. funded plans as part of the company's pension de-risking strategy.

In the third quarter, the company settled about $700 million of pension obligations related to its U.S. salaried retiree voluntary lump sum program, and has settled $3.4 billion since the program began in August 2012. The lump sum program is about 80 percent complete and concludes at the end of the year.

Dividends paid in the third quarter totaled about $400 million.

Third quarter operating margin, at 7 percent, was seven-tenths of a percentage point better than a year ago.

First nine months volume and revenue were higher than a year ago by 14 percent and 13 percent, respectively.

For the sixth time in the last seven quarters, North America achieved a pre-tax profit of $2 billion or more and an operating margin of 10 percent or more. Third quarter pre-tax profit was about equal to last year's record profit. Favorable market factors - volume and mix and net pricing - were offset, for the most part, by higher costs, including investment in new products.

Third quarter results were driven by a strong industry and a robust full-size pickup segment, along with Ford's strong product lineup, U.S. market share growth, continued discipline in matching production to real demand and a lean cost structure - even as the company invests more in product and capacity for future growth.

In the first nine months of the year, North America's operating margin was 10.7 percent, five-tenths of a percentage point lower than a year ago, while pre-tax profit was about $7 billion, up about $600 million. Wholesale volume and revenue both improved 15 percent compared with 2012.

For full year 2013, Ford's guidance for North America remains unchanged. The company continues to expect higher pre-tax profit compared with 2012 and operating margin of about 10 percent.

South America continues to execute the company's strategy of expanding its product lineup, while progressively replacing legacy products with global One Ford offerings. The company's new products continue to perform well. Customer response to the Ranger pickup and refreshed Fiesta remains strong, and EcoSport and Fusion continue to be segment leaders.

South America's pre-tax profit of $159 million in the third quarter was $150 million higher compared with the prior year. Market factors more than explain the improvement.

Wholesale volume and revenue increased strongly from a year ago, both up 22 percent. The higher volume reflects increased market share and favorable changes in dealer stocks. The growth in revenue was driven by the higher volume and net pricing gains, offset partially by unfavorable exchange.

The overall environment in South America remains uncertain, but given the company's performance in the first nine months, Ford now expects South America to be about breakeven to profitable for the full year. This is an improvement from prior guidance of about breakeven.

In the third quarter 2013, Europe remained on track in executing its transformation plan.

Europe's third quarter pre-tax loss of $228 million was $240 million better than a year ago, with all factors favorable, except costs associated with restructuring. Europe's results have improved sequentially in each quarter this year.

In the third quarter, wholesale volume and revenue improved from a year ago by 5 percent and 12 percent, respectively, the second consecutive quarter of year-over-year top-line improvement. The volume increase reflects higher industry sales, lower dealer stock reductions than a year ago and higher market share. The increase in Europe's revenue mainly reflects the higher volume.

Europe's operating margin for the first nine months was negative 5 percent and the pre-tax loss was $1 billion, both about equal to a year ago, despite about $400 million of restructuring costs incurred this year and lower industry volume. Volume and revenue were up slightly from a year ago.

The company now expects its full year loss in Europe to be less than 2012. This is an improvement from prior guidance of a loss about the same as a year ago, reflecting the progress the company is making on its Europe transformation plan.

Ford's strategy in Asia Pacific Africa is to grow aggressively with an expanding portfolio of global One Ford products tailored for the region and with manufacturing hubs in China, India and ASEAN. Implementation of this strategy continues to gain momentum.

In the third quarter, Asia Pacific Africa reported its fifth consecutive quarterly profit with pre-tax results of $126 million, an improvement of $81 million compared with a year ago. Third quarter results reflect favorable top-line factors, offset partially by higher costs, as the company continues to invest for further growth.

For the first nine months, volume, revenue, operating margin and profit all improved from a year ago.

Ford's guidance for Asia Pacific Africa is unchanged. The region is expected to be profitable for the full year.

The third quarter loss of $139 million in Other Automotive reflects net interest expense, offset partially by a favorable fair market value adjustment on the company's investment in Mazda.

For the full year, Ford now expects net interest expense to be at the lower end of its prior guidance of $800 million to $850 million.

In the fourth quarter, Ford expects total company production will be about 1.6 million units, 102,000 units higher than a year ago. This includes a reduction of 15,000 units from the company's prior guidance for North America.

Ford Credit's third quarter profit of $427 million improved $34 million from a year ago, more than explained by higher volume in North America. The drivers of higher volume were an increase in leasing, reflecting changes in Ford's marketing programs, as well as higher non-consumer finance receivables due to higher dealer stocks.

For full year 2013, Ford Credit continues to expect pre-tax profit to be about equal to 2012. Ford Credit now expects year-end managed receivables of about $100 billion, which is within the prior range of $97 billion to $102 billion, and distributions of about $400 million, up from $200 million previously planned, reflecting a fourth quarter reduction in Ford Credit's tax liability.

The third quarter loss of $64 million for Other Financial Services primarily reflects charges related to the sale of a portfolio of finance receivables that was not included in the company's sale of the Volvo auto business in 2010.

Ford remains focused on delivering the key aspects of its One Ford plan, which are unchanged:

Aggressively restructuring to operate profitably at the current demand and changing model mix
Accelerating the development of new products that customers want and value
Financing the plan and improving the balance sheet
Working together effectively as one team, leveraging Ford's global assets
"We are on track for another strong year in 2013," Mulally said. "Our One Ford plan continues to deliver profitable growth for all of our stakeholders."