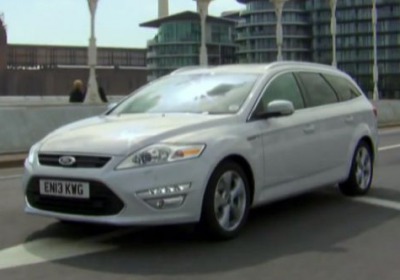 Ford's European operations are celebrating a milestone of sorts as the Mondeo, the Blue Oval's bread-and-butter D-segment sedan in the old country, celebrates its 20th anniversary. The mid-sizer, which was sold in the US for a short time as the Contour, has been a far more popular vehicle in Europe – even receiving regular praise from one Jeremy Clarkson.

Narrated by Cockney actor Ray Winstone, the video goes through the Mondeo's years and how it's evolved from 1993 to the as-yet-unreleased fifth-generation model, which is essentially the same as the Ford Fusion that's sold in America. Take a look below for the full video from Ford of Europe.