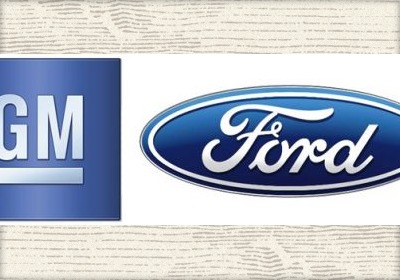 Back in October, there were reports that General Motors and Ford Motor Company were hard at work co-developing new nine- and ten-speed automatic transmissions, and now both automakers have confirmed this joint operation. While there are no specific vehicles mentioned to receive either transmission, a collaborative press release issued by GM and Ford mention that the transmission will be designed for front- and rear-wheel-drive cars, crossovers, trucks and SUVs.

These aren't the first powertrain components developed jointly between these cross-town rivals, either. The six-speed automatic currently used in vehicles like the Ford Edge, Ford Fusion, Chevrolet Cruze and Chevrolet Equinox was engineered in a similar fashion. As is the case with this existing transmission, both automakers will assist in the design, development and testing of the new transmissions, but each will build its own units in its own factories. Scroll down for the official press release.

- New project to build on success of previous collaborations

- Initial design and engineering work is already under way


DEARBORN, Mich., April 15, 2013 – Ford Motor Company and General Motors Corporation have signed an agreement under which both companies will jointly develop an all-new generation of advanced-technology nine- and 10-speed automatic transmissions for cars, crossovers, SUVs and trucks.

The new transmissions, to be built in both front- and rear-wheel-drive variants, will improve vehicle performance and increase fuel economy.

The collaboration enables both automakers to design, develop, engineer, test, validate and deliver these new transmissions for their vehicles faster and at lower cost than if each company worked independently.

"Engineering teams from GM and Ford have already started initial design work on these new transmissions," said Jim Lanzon, GM vice president of global transmission engineering. "We expect these new transmissions to raise the standard of technology, performance and quality for our customers while helping drive fuel economy improvements into both companies' future product portfolios."

A track record of success
This new agreement marks the third time in the past decade that GM and Ford have collaborated on transmissions. These collaborative efforts have enabled both companies together to deliver more than 8 million durable, high-quality six-speed front-wheel-drive transmissions to customers around the globe.

Ford installs these six-speed transmissions in some of America's favorite vehicles, such as the Ford Fusion family sedan, the Ford Edge crossover and Ford Escape and Explorer SUVs, while GM installs them into a variety of high-volume, award-winning products such as the Chevrolet Malibu, Chevrolet Traverse, Chevrolet Equinox and Chevrolet Cruze.

That original collaboration served as a template for the new one. As before, each company will manufacture its own transmissions in its own plants with many common components.

"The goal is to keep hardware identical in the Ford and GM transmissions. This will maximize parts commonality and give both companies economy of scale," said Craig Renneker, Ford's
chief engineer for transmission and driveline component and pre-program engineering. "However, we will each use our own control software to ensure that each transmission is carefully matched to the individual brand-specific vehicle DNA for each company."

"With the jointly developed six-speed automatics we have in production today, we've already proven that Ford and GM transmission engineers work extremely well together," said Joe Bakaj, Ford vice president of powertrain engineering. "Our front-wheel-drive transmissions have exceeded expectations and there is every reason to believe we will have the same success with these all-new transmissions."

"This agreement provides tremendous benefits for both companies, and it will pay big dividends for our customers and shareholders," added Lanzon. "By jointly sharing the development of these two new families of transmissions, both GM and Ford will be able to more efficiently use our respective manpower resources to develop additional future advanced transmissions and bring them to market faster than if we worked alone."

Further technical details and vehicle applications for these transmissions will be released by each company at the appropriate time before launch.