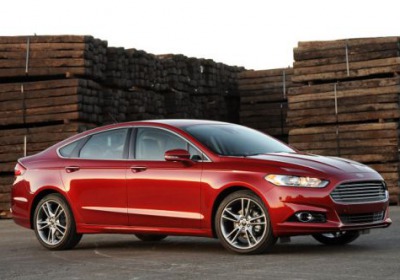 Three months after kicking off production of the Ford Fusion at its Flat Rock, MI factory, Ford Motor Company is taking steps to trim output in the face of heavily discounted competition from Toyota and a growing supply of vehicles.

The addition of Fusion production in Flat Rock – which also builds the Mustang - was meant to be what pushed the handsome mid-sizer past its arch-nemesis, the Toyota Camry. An extra facility building Fusions was also meant to curb the growing demand for Ford's highly profitable sedan.

But with word that Flat Rock would take "approximately" one extra week off for the holidays combined with an 88-day supply of Fusions - reportedly due in no small part to what Morgan Stanley analyst Adam Jonas called "aggressive discounting of the Camry" - some analysts are now beginning to wonder if Ford may have overextended itself by adding a second Fusion facility to the mix.

See also: Toyota MR2 shows why we still love the 1990s, Ford won't be releasing GT500 lap times for the 'Ring, or any other car, Ford says utility vehicles are key to global growth.