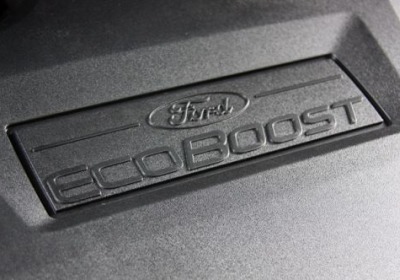 Mike Kluzner is a man of many talents. Not only is he the software engineer responsible for fuel system diagnostics for Ford globally, he "got his start designing laser weapon systems capable of disabling the navigation systems of enemy satellites" for the former Soviet Union. Quite a résumé, wouldn't you say?

You may be asking yourself the same question that popped into our minds upon reading about Mr. Kluzner: What do laser weapon systems have to do with Ford and its EcoBoost engines? We'll let the man answer himself. "The same process for analyzing key physical relationships works for what we do today in engine combustion, catalyst chemistry and mechanics," says Kluzner. "These are all part of Ford's software engineering expertise." Who are we to argue?

Ford also employs an engineer who previously designed software to detect damage to the heat tiles on the International Space Station, as well as one who's past work involved particle physics, says the automaker in the press release below. David Bell (pictured above right), global boost system controls engineer for Ford, describes the software running EcoBoost as "the secret sauce" that makes the technology work as the driver intends and demands.

Scroll down below to find out more, and to learn how Ford's 125 (and growing, it says) patents related to EcoBoost help keep the automaker at the forefront of engine technology.

His employer? The former Soviet Union.

"During my work for the military, I was trained very early on how to establish and maintain consistent product performance," said Kluzner, who was born Mikhail Igor Kluzner and has lived in the United States since 1990. "This became part of my engineering DNA.

"The same process for analyzing key physical relationships works for what we do today in engine combustion, catalyst chemistry and mechanics," he added. "These are all part of Ford's software engineering expertise."

Kluzner, who began his career with the company in 1996, is one of dozens of in-house powertrain control software engineers at Ford. A large part of these engineers' jobs is to continually improve and reinvent the control strategies on Ford's award-winning EcoBoost® engines.

Other engineers in the group have backgrounds that include designing software to detect damage to heat tiles on the international Space Shuttle, as well as work in particle physics.

The importance of these software engineers to the global expansion of the EcoBoost franchise is hard to overestimate. The software they are working on must manage and optimize increasingly sophisticated hardware in the EcoBoost engines to make Ford vehicles more powerful, cleaner and fuel efficient.

"No doubt, turbocharging, direct injection and cam timing hardware are key ingredients of Ford's EcoBoost recipe, but the secret sauce is the software," said David Bell, Ford global boost system controls engineer. "The hardware existed, but without our unique software and engine tuning, EcoBoost wouldn't have been as successful with consumers."

Secret sauce for EcoBoost
Ford's EcoBoost engines faced several challenges when the technology first launched in 2009. One was overcoming consumers' resistance to radically smaller engines with fewer cylinders. Another was the technical difficulty of making powerful engines while still meeting tightening emissions regulations.

Ford's team of in-house software control engineers patented software tricks that exploit hardware advances – like the turbochargers and direct fuel injection systems – like no other car company in the world. In fact, Ford has earned or has patents pending for several of its software control technologies.

The result is a new generation of smaller, more power-dense engines that deliver the fuel economy of smaller engines while minimizing or eliminating the traditional shortcomings of turbocharged engines, including turbo lag (the delay between a driver stepping on the accelerator and the engine responding with the desired power).

"Our control software has helped us deliver a combination of power, torque, driveability and efficiency like no other automaker in the world," said Bell. "Sometimes, the software helps anticipate demands for power before the driver even fully depresses the accelerator."

For example, in conditions such as an anticipated transmission shift, the software tells the engine to close the throttle slightly and leave the turbo wastegate closed to maintain boost pressure ahead of an upshift. The customer never sacrifices performance.

Demand booming
Without the software engineers' work, EcoBoost could not have succeeded in the marketplace. But by offering increased fuel economy with no zap to performance, EcoBoost has been an unqualified success. Customers are snapping up EcoBoost-equipped vehicles as fast as Ford can make them. Sales of vehicles with EcoBoost are approaching 70,000 units per month worldwide.

EcoBoost-equipped vehicles are gaining share in the U.S. market. The take rate for EcoBoost on F-150 trucks is 42 percent, on Escape it is 89 percent and on Fusion, 52 percent.

A fifth EcoBoost variant, a 1.5-liter engine, was recently introduced to meet growing demand for powerful, more efficient vehicles globally. The award-winning 1.0-liter EcoBoost, already available in Europe, will be available this fall on the 2014 Ford Fiesta.

About Ford Motor Company
Ford Motor Company, a global automotive industry leader based in Dearborn, Mich., manufactures or distributes automobiles across six continents. With about 177,000 employees and 65 plants worldwide, the company's automotive brands include Ford and Lincoln. The company provides financial services through Ford Motor Credit Company. For more information regarding Ford and its products worldwide, please visit http://corporate.ford.com.

See also: Toyota hangs on to title of world's largest automaker for first half of 2013, 2014 Roush Stage 3 Mustang, Production of Shelby GT350 is coming to an end.