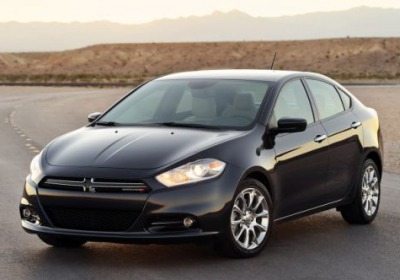 The fact that the Dart's launch has been a pretty dismal affair isn't what we'd call secret. Judging by its mounting inventories and poor critical reception, Dodge's successor to its unloved Caliber has struggled since it hit the market. And while both of those are difficult problems to address, at least their cause is well known - the powertrain.

Even Fiat-Chrysler CEO Sergio Marchionne has acknowledged that the powertrain options in the Dart are substandard, admitting at January's Detroit Auto Show that the powertrains are "less than ideal." Leading with the 1.4-liter turbocharged four-cylinder found in the Fiat 500 Abarth left a bad taste in the mouths of consumers thanks to the laggy engine and dead throttle response (to say nothing of the manual and dual-clutch gearboxes that needed more refinement). The addition of the 184-horsepower 2.4-liter Tigershark in the Dart GT has helped matters some, but apparently Auburn Hills doesn't think it's quite enough.

If rumors are to be believed – get that salt ready – a possible solution may be in the works. A report from Allpar is claiming that Dodge is considering fitting a Pentastar V6 into the Dart's engine bay. As the Mopar-obsessed website points out, the critically acclaimed Pentastar is available in three different sizes - 3.0 liters, 3.2 liters and the original 3.6 liters. We don't get the 3.0 here in the US, but the 3.2 can be found in the new Jeep Cherokee and the 3.6 has been seemingly fitted to every model Chrysler can shoehorn it into.

The thinking is that a six-cylinder Dart will deliver the power that customers are clamoring for, as it should, in either 3.2-liter or 3.6-liter vintages, deliver significantly more grunt than the occasionally thrashy Tigershark. Ignoring the precipitous drop in fuel economy that would likely come with a V6, we can't help but wonder if Dodge would simply be better off refining what it already has rather than putting in the wrench time to get a Pentastar and a Dart to play nice. Allpar also points out the new nine-speed automatic being sold with the Jeep Cherokee could help the Dart out, but that plan has its issues, too.

Perhaps the rumored V6 could be for a racier SRT model? If so, the fuel economy tradeoff would seem to be more acceptable if it were accompanied by better handling and more aggressive looks.