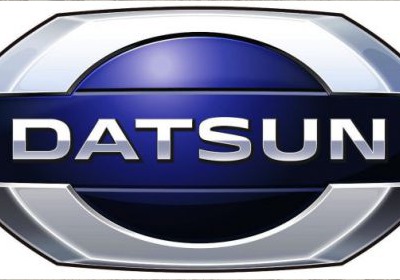 Datsun, Nissan's new sub-brand for emerging markets, has announced plans to unveil its second model. Its first, the Go, was unveiled almost two months ago, and promised affordable, connected motoring for five in a handsome hatchback body. Datsun is following that up with a pair of new models for Indonesia.

The first of these two new vehicles will be shown on September 17 in Jakarta, eschewing the typical auto show debut. It's targeted at so-called "risers," the nickname for a group of highly aspirational customers in the Indonesian market. Datsun developed it locally with help from Nissan, and it'll cost under 100 million Indonesian rupiah (about $8,900 at today's rates).

We'll have the full boatload of information on the newest member of the Datsun family when it debuts on September 17. Scroll on to read the full press release from Datsun.

New Datsun Car to be Unveiled in Jakarta, Indonesia

Datsun will introduce another all-new car in Indonesia on September 17, 2013

This new Datsun model, developed specifically for Indonesia, will be priced below 100 Million Indonesian rupiah

YOKOHAMA, Japan - Today Datsun announced that a new car will be unveiled in Jakarta, Indonesia on September 17. It will be the first of two models to go on sale in Indonesia in 2014.

This new Datsun car was developed locally, backed-up by Nissan Motor Company's global technical experience and expertise to meet the needs of the new generation of aspirational customers ("risers") in Indonesia. As with all of the new-generation of Datsun models, it is modern, attractive, accessible and reliable. Priced below 100 million Indonesian rupiah, the car will be attainable for up-and-coming customers who strive to realize the dream of new car ownership.

More information about the car will be available on September 17, 2013.

Datsun originated in Japan as DAT-GO (the DAT-car) almost a century ago in 1914. The word DAT means 'lightning-fast' in Japanese but is also a reference to the first letters of family names of the three financiers who supported the business at the time: Den, Aoyama and Takeuchi. Using the same logic, it was promoted as Durable, Attractive and Trustworthy, or DAT for short.

In 1933, Nissan's founding father Yoshisuke Aikawa took over the business with a vision of "mobility for all." The introduction of a light-weight, economical yet resilient car to meet the aspirations of young Japanese people in the early 1930s was named the 'son of DAT' - Datson - which later changed to Datsun. Local engineering and mass-production made the founder's dream a reality.