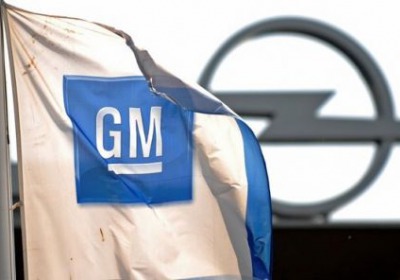 European Concerns Drive GM, But Beware Of The French Connection


GM's bid to rationalize Europe will impact the products that will be offered domestically.

It seems that Europe is defining the future of General Motors more so than its home North American market. Having axed Saturn, Pontiac and Hummer, GM has done a fairly good job of repositioning its remaining four divisions, Cadillac, Chevrolet, Buick and GMC. Cadillac carries the luxury banner. Chevrolet is aimed at the masses with cars and trucks along with a nod to performance thanks to Camaro and Corvette. Buick bridges the premium gap between Chevy and Cadillac, while GMC offers a hardcore work/upscale proposition.

But recent moves by GM show that many of its decisions are influenced by European competitors, as well as the company's desire to get its house in order on the other side of the Atlantic. Europe continues to bleed cash and GM's bid to rationalize those operations will have an impact on the types of products that will be offered domestically.

Cadillac will have a bona fide BMW 7 Series and Mercedes S-Class competitor in the near future.

While the announcement that Cadillac has axed plans for a super luxury flagship is disappointing in some respects, the glass-half-full take on this announcement is the confirmation that the fullsize Omega platform does exist and that Cadillac will have a bona fide BMW 7 Series and Mercedes S-Class competitor in the near future, perhaps as early as 2016. And given Mercedes' recent Maybach experience, it's probably not a bad move - better to establish a mainstream rear-drive flagship first, then move on at some later date with a true halo car.

It's also said that this project will cost way more than its expected return, but if the cancellation frees up some funds, does that mean we might see a Buick Roadmaster on the Omega platform? Certainly, Buick could benefit from a new rear-drive fullsize sedan or even a Riviera-like coupe that could be a hot seller in both North America and China.

Speaking of Buick, GM Chairman Dan Akerson has mused about closer Buick-Opel ties that could bring the small Opel Adam and Cascada convertible over to America, though homologation remains an issue. The Adam has some elements of Mini cool and the success of the brand also means that there is potential for premium small cars, which would be right in Buick's wheelhouse. Adding the Adam and the Cascada to Buick's lineup not only is consistent with the historic relationship between the German and American divisions, but is also a way to keep the assembly lines running in Europe and perhaps stem the red ink.


GM's plan will take time and money, even as both are in short supply.

GM also desperately needs to raise Opel's image from a mass-market player to a more premium marque if its European strategy of strengthening the Chevy brand is going to work. The recent personnel moves of putting Alan Batey at the head of global sales for Chevy and bringing Thomas Sedran over from Opel underscores GM's intention of making the Bowtie as recognizable as the Ford oval around the world.

But GM still has to sort out Vauxhall and Opel to forge a realistic pecking order in its market positioning. By comparison, Volkswagen has been much more successful in carving out specific niches from entry-level Skoda up through mainstream VW and into luxury Audi than GM has with its weak Vauxhall/Opel, Chevrolet, Cadillac alignment.

Recasting all these players and giving them the necessary product to deliver on the new brand promises will take time and money, even as both are in short supply. Further complicating matters is the recent play by PSA to offer GM a greater share at the expense of the Peugeot family. The earlier, grandiose plan of component and platform sharing seems to be unraveling, and if GM has a shot of getting its European house in order, it doesn't need the distraction of taking on a French patient at this time.


Perhaps the best course of action is to let the French fend for themselves.

While some higher-ups in GM management, like vice chairman Steve Girsky, have expended considerable time and effort in trying to make the PSA link work, perhaps the best course of action at this point is to move on and let the French fend for themselves.

With a contracting economy, too much capacity and hungry competition, Europe is likely to remain a money pit for the foreseeable future. Looking for a way to cut losses and build a solid foundation for the future that includes some exports back to this market may very well be the key to succeeding at home and abroad.