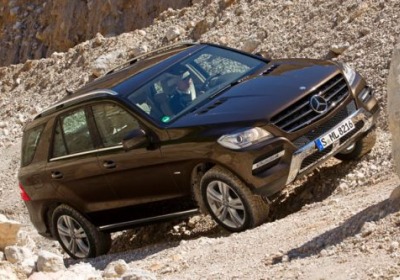 We now know Tamerlan and Dzhokhar Tsarnaev, the two brothers said to be behind the Boston Marathon bombings, planned to head for New York City to detonate more improvised explosive devices. As it turns out, that plan was foiled by the quick thinking of one Mercedes-Benz owner, diligent police work and the Mercedes-Benz mbrace system. When the brothers carjacked a 26-year-old Chinese entrepreneur identified only as "Danny," they didn't realize his Mercedes-Benz M-Class was equipped with the mbrace system, which can call for help in the event of an accident or track the vehicle in the event of a theft.

According to reports, the Tsarnaev brothers held Danny hostage for nearly 90 minutes while they drove around Boston forming a plan until they had to stop for fuel. When one of the brothers went inside to pay, the other put his gun down for a moment. Danny took the opportunity to unlatch his seat belt, open the door and run to another nearby gas station, where he told the owner to call the police.

When police arrived, they used the mbrace system to track the SUV after receiving Danny's permission, and it wasn't long before a shootout between police and the brothers ensued. When it was over, the eldest brother lay dead in the street. For more on the story, view the video report available below.