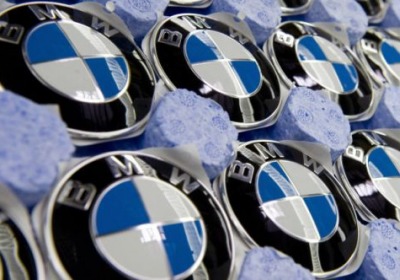 Buyers interested in a new BMW will start paying a bit more for their Ultimate Driving Machines, beginning yesterday. The Munich, Germany-based manufacturer has announced price hikes across nearly its entire range, covering model years 2013 and 2014, that will sting higher-end customers in particular.

Price increases are enough to get any consumer riled up, but the incremental nature of BMW's increase makes it a bit easier to swallow. All 1 Series and remaining 3 Series Convertibles (including the M3 Convertible) will see a $300 increase in price. All current-generation F30 3 Series, 5 Series GT and X3 crossovers will get their price bumped by $200. $500 increases are coming for the 6 Series range (not including the M6), while the diminutive X1 gets just a $100 increase.

Cars on the losing end of the price hikes include the newest M cars, the M5 and M6 Coupe, Convertible and Gran Coupe, which are being bumped $2,000. BMW is adding $1,000 to the sticker of all Z4s and the entire X6 range, including the X6M.

Prices, meanwhile, for the 328d, 3 Series Sports Wagon, 3 Series GT, 4 Series Coupe, 5 Series Sedan, 7 Series and the new X5 will remain at the previously announced levels. Take a look below for the full press release from BMW, including tables that show both the old and new prices for each model, along with the amount of the October 1 price increase.

BMW Announces Price Adjustment in the US

Woodcliff Lake, NJ – September 30, 2013... BMW of North America today announced a modest inflationary price increase for some Model Year (MY) 2013 and 2014 vehicles, effective October 1, 2013. The Destination and Handling fee for all models is $925 and is included in the following list for current and new prices.

All price sheets will be updated on the BMW PressClub US and BMWUSANews as of October 1st, 2013 to reflect the change.

BMW of North America, LLC has been present in the United States since 1975. Rolls-Royce Motor Cars NA, LLC began distributing vehicles in 2003. The BMW Group in the United States has grown to include marketing, sales, and financial service organizations for the BMW brand of motor vehicles, including motorcycles, the MINI brand, and the Rolls-Royce brand of Motor Cars; DesignworksUSA, a strategic design consultancy in California; a technology office in Silicon Valley and various other operations throughout the country. BMW Manufacturing Co., LLC in South Carolina is part of BMW Group's global manufacturing network and is the exclusive manufacturing plant for all X5 and X3 Sports Activity Vehicles and X6 Sports Activity Coupes. The BMW Group sales organization is represented in the U.S. through networks of 338 BMW passenger car and BMW Sports Activity Vehicle centers, 139 BMW motorcycle retailers, 119 MINI passenger car dealers, and 34 Rolls-Royce Motor Car dealers. BMW (US) Holding Corp., the BMW Group's sales headquarters for North America, is located in Woodcliff Lake, New Jersey.