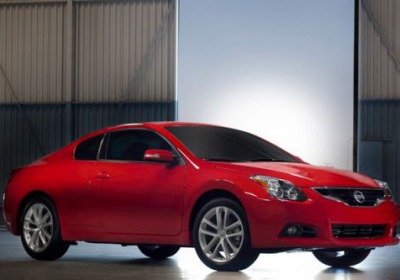 The 2014 model year brings plenty of new designs and updates from Nissan – including the next-generation Rogue – but the Altima Coupe has been discontinued. The current generation of the Coupe won buyers over with sharp styling and, at one point, a 270-horsepower naturally aspirated V6 – the heart of the more upscale Infinity G37. It's unlikely that Nissan plans to make another one, but keep in mind the current Coupe was released to the public about a year after the sedan hit dealerships.

The vehicles joining Nissan's lineup for 2014 include the Versa Note hatchback, the NV200 Compact Cargo van and the next-generation Rogue compact SUV. Also new for 2014 is the Pathfinder Hybrid, but that will be added to the lineup in the fall.

Other models that are receiving enhancements are the sedan version of the Altima, which now comes standard with the CVT transmission and gets revised option packs; the Frontier, which gets updated option packs, enhanced navigation system functionality and a sliding middle rear window; the GT-R, which receives a bunch of small performance enhancements and, more importantly, initially will be offered in three versions (Premium, Black Edition and Track Edition), with another, limited special-edition model coming late in the year; the Versa sedan, all versions of which get 60/40-split fold-down rear seats and revised steering and suspension tuning; and last, but not least, the 370Z NISMO will have exterior accent color updates and a new steering wheel and tachometer.

There are plenty more details to be gleaned about Nissan's model lineup for 2014, so be sure to read the press release below.