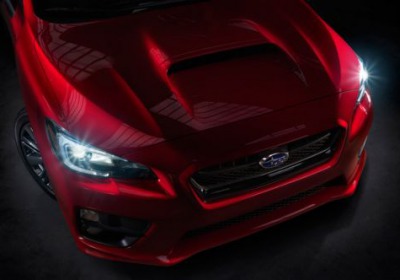 After bringing a seriously hot concept to the New York Auto Show earlier this year, Subaru will finally reveal the production 2015 WRX at the Los Angeles Auto Show later this month. And while we've seen spy shots of the hotter Impreza (including the winged STI variant), Subaru has now released this teaser image, showing the bulging, scooped 'Rex that's nearly ready for its world debut.

What we can see is a car that's clearly been toned down from the conceptual version – we aren't surprised, really. But it appears that the added aggressiveness over the standard Impreza will make for a pretty hot-looking little sedan. Of course, WRX models have never exactly been pretty cars, and we don't expect this one to be, either. No matter – assuming this car follows in the footsteps of WRXes past, it should still be plenty good.

Subaru hasn't released any details about the WRX as of this writing, but again, we don't expect it to stray too much from the formula we know. Expect a turbocharged boxer engine underhood, all-wheel drive, and – hopefully – a manual transmission. Rumor has it the WRX and STI will lose their hatchback variants and go sedan-only for the 2015 model year, but we'll have to wait until the official LA debut to know that for certain. Stay tuned.