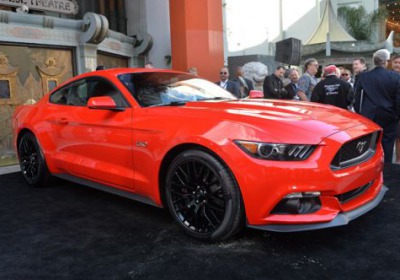 Here at Autoblog, we've officially stamped December 5, 2013, as Ford Mustang Day. Sure, the sixth-generation Pony Car started leaking out onto the web days ago, but all of the official, non-embargoed hotness has come out today. And man, there's been a lot.

In terms of new car debuts, this is a really big one – not unlike all of the Corvette madness that kicked off the 2013 automotive season. So to make sure you haven't missed anything, here's a wrap-up of everything you need to know about the 2015 Ford Mustang. Of course, photos and text are only half of the story. Thankfully, we've scoured the depths of YouTube to bring you the latest and greatest videos of the 2015 Ford Mustang, including what appears to be the car's very first commercial. Here's a summary of all the videos we've embedded for you. Scroll down to watch all 12 of them. Of course, we want to know what you think of the 2015 Ford Mustang, so be sure to sound off in Comments, and vote in the poll below.