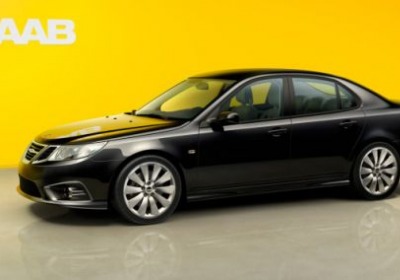 Saab is officially building cars again. Production of the 9-3 Sedan has kicked back off in Trollhättan, Sweden, and the first example is reportedly earmarked for the company's museum. Initial sales are targeted for China, although Swedish customers will also be able to buy new Saabs built in their country right away, too. It isn't immediately clear if the model will be available in the rest of Europe, let alone in North America.

The initial run of 9-3s will be powered by a 220-horsepower, 2.0-liter turbocharged four-cylinder before an electric model joins the range next year. There are no Biopower or XWD all-wheel-drive models presently in production. And while the lion's share of the 2014 9-3 is a carryover from the pre-bankruptcy car, there are some changes, including a new anti-whiplash seat system and a "greater number of non-GM parts," reports SaabsUnited.

"I am very proud of the dedication and the focus that NEVS management and employees have demonstrated over the year that has passed since we became owners of the plant in Trollhättan, and who have made this possible. Swedish expertise along with Japanese technology around batteries and new lightweight materials and our Chinese group's focus on green technology is our strength for the future," said Kai Johan Jiang, the founder of Saab's parent company, National Electric Vehicle Sweden.

Scroll down for a full press release on the relaunch of Saab from NEVS, and check out our friends over at SaabsUnited, who have done an excellent job chronicling the rebirth of the 9-3, including live pictures from the plant.

Production of Saab 9-3 Aero Sedan has started in Trollhättan

National Electric Vehicle Sweden AB has started production of the Saab 9-3 Aero Sedan with a petrol engine. Sales are initially focused in China with a small number of vehicles being sold directly from Nevs to Swedish customers via the Nevs' website.

The car that is produced is a high-spec Saab 9-3 Aero Sedan with a 220 hp 2.0-liter turbo, a previously recognized high-performance engine of the Saab cars.

"I am very proud of the dedication and the focus that Nevs management and employees have demonstrated over the year that has passed since we became owners of the plant in Trollhättan, and who have made