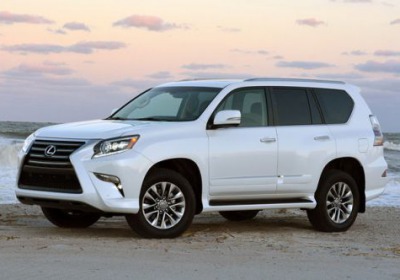 The Toyota 4Runner has always held a special place in my heart for its boxy styling and off-road prowess, but until now, I never had the chance to drive its more luxurious cousin, the Lexus GX 460. Granted, the GX actually has more in common with the foreign-market Land Cruiser Prado, but all three SUVs ride on the same body-on-frame platform.

Originally an answer to the luxury SUV craze from the early 2000s, the GX hasn't changed all that much since its introduction more than a decade ago. It's a big SUV with plenty of space and crammed with just about all the luxuriousness Lexus could fit into a 12-year-old vehicle, but, more importantly, it still has the chops to go places many vehicles in its segment wouldn't dare venture. And just for good measure, Lexus tacked on its new signature spindle grille in what has to be its most pronounced appearance yet.

I've had a chance to drive most of the latest Lexus products (including the IS, ES and GS) to see just how competitive Toyota's luxury arm has gotten in recent years, but after spending a week with the 2014 GX 460, it's refreshing that, for now, Lexus has resisted the urge to follow some of its rivals in replacing rugged, body-on-frame SUVs with softer, car-based crossovers.