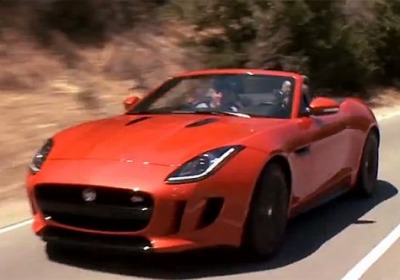 Jay Leno gets to drive a lot of nice cars, and the Jaguar F-Type V8 S he pilots in the latest episode of Jay Leno's Garage is no exception. Eric Johnson, vice president of Jaguar Western Region brought the car to Leno's garage, which impresses the comedian with its 5.0-liter V8 that makes 495 horsepower, 460 pound-feet of torque and a muscle car-like roar.

But there's a surprise this episode: Leno secured a drive in the Project 7 Concept at Pebble Beach this year, and the experience was caught on video. Based on the F-Type, the Project 7 is a functional concept car that nods to Jaguar's seven wins at Le Mans and features bespoke styling cues, a special exhaust system and, perhaps most importantly, 50 more horsepower from the supercharged V8.

Watch the latest episode of Jay Leno's Garage in the video below. You'll need a little over 23 minutes to see the whole thing.