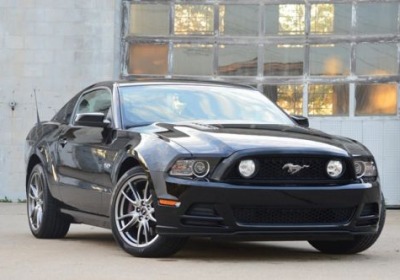 I was more than a year removed from my last experience with the Mustang GT and its delicious 5.0 V8 when this new 2014 example rolled up to my driveway recently. Good weather and a planned road trip across the state meant that I would get plenty of seat time in this conservatively specified example, too. In total, I logged about 400 miles in a week of driving – not a lot for some of you super commuters out there, but quite a lot for this work-from-home journalist.

The basic formula of the 5.0 has stayed the same for 2014. The 2013 model year saw a number of updates to keep the Mustang fresh until it's replaced with an all-new generation for 2015. So, for its bon voyage tour, the fifth-generation Pony Car has seen only a few modifications: a couple of new paint colors (Oxford White and Ruby Read Metallic), trim and wheel revisions and, sadly, the deletion of the Boss 302 from the Ford lineup. However, while the limited-edition Boss is likely to reappear sometime after the gen-six Mustang makes its debut in 2015, the GT Track Package cars like the one I tested provide at least a partial solution for those looking for hot laps.