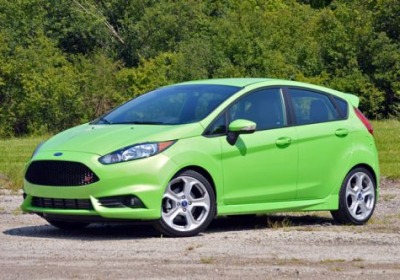 I'm not overly inclined to professional jealousy, as a rule. Sure, I go a bit green around the eyes when Ramsey draws the 911 GT3 trip to Weissach, Harley is tapped-in to drive a completely stunning Porsche 911 by Singer, or, you know, Drew Phillips gets to shoot a Lamborghini Veneno in the middle of a desert like some sort of sheik. I hate you guys...

Honestly though, one of the new car events that dug me the most, was when our Steven J. Ewing got to fling the Ford Fiesta ST around some hot corner of Europe. What goes around comes around, I suppose, as Mr. Ewing himself espoused an envious nature of the Focus ST trip that came before.

The good news in all this covetous intra-office behavior? All the cars mentioned, and specifically the Fiesta ST, are just wonderful to drive. I can say that with more confidence than ever now, having joined Ford for a good bit of Fiesta-flinging myself. In my case, the locale was slightly more pedestrian (Michigan not Portugal), and the car in question was the five-door version of the Fiesta ST that we get here in The States, as opposed to the three-door number they get across the pond.