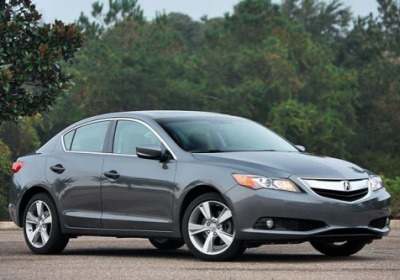 Going Mainstream Has Its Privileges

Acura's experiment with niche models has failed. Competing in the luxury car business by filling white space with product just didn't work for the Japanese automaker. In place of slow-selling models like its ZDX and quirky first-gen RDX, the mindset at Acura has recently switched to more conventional products with vastly improved volume potential. The redesigned 2013 RDX, for example, sold almost as many units in 2012 as it did in 2010 and 2011 combined, and the all-new 2013 ILX has sold more units each month – since going on sale in May – than Acura sold in ZDXs and RLs in all of last year.

While the redesigned RDX is a crucial product to compete with luxury compact crossovers, the ILX might be the most important new product for Acura, as a growing number of premium makes are starting to realize the importance of upscale entry-level compact cars. Ironically, this segment was a pivotal part of the brand's success in the 1980s and '90s thanks to the Integra, but Acura completely abandoned the genre when it killed off the RSX coupe in 2006. The addition of the ILX not only gives Acura a competitive small car again, it also drops the brand's entry price by almost $5,000.

Like the Honda Civic to which it's closely related, the 2013 Acura ILX is offered with three powertrain flavors (base 2.0, ILX 2.4 and Hybrid), and while our First Drive gave us some seat time in the base ILX 2.0, this time we got to spend a full week with the sportier ILX 2.4 – Acura's version of the Civic Si. The ILX is positioned in a weird in-between market that includes premium small cars like the Buick Verano, Audi A3 and Lexus CT, but it also sits at the upper end of some well-equipped non-luxury models like the Ford Focus Titanium. With this in mind, and with keys in hand, we aimed to see how the ILX stacks up against other premium compacts – as well as its predecessors.

Despite coming from the same gene pool as the Civic, every element of this Acura's design has been completely changed.

Despite coming from the same gene pool (and Greensburg, Indiana assembly plant) as the Civic, every element of this Acura's design has been completely changed – from its width to the shape of its roofline. To put it simply, this is no modern-day Cadillac Cimarron. Compared to the Civic Si sedan, the ILX has a slightly shorter overall length, sits lower and is almost two inches wider (including a track that is about a half-inch wider), all of which help give to the ILX sportier proportions; even the rake of the windshield has been changed to give the Acura sedan its own distinct presence. The ILX introduces a more refined design language for the marque, with key elements like the scalloped headlights, raised hood and wide rear haunches, all of which are also present on the 2014 RLX and should be visible on future models, too. One crucial element that Acura nailed (and, boy, did it need to) was its trademark shield grille that now complements the styling of its cars rather than looking like an oversized, metallic beak. Acura has even paid attention to the styling of the engine compartment, using plastic trim to dress it up quite a bit more than what you see under the hood of the Civic Si.

Even more so than the exterior, the cabin of the ILX gives no hint of the car's close relation to the budget-minded Civic, and we think it fits in perfectly with the Acura brand image. A few of the Acura signatures include the dual arched instrument panel; the red, metal-like pushbutton starter; and the clean, straight-forward layout of the switchgear on the center stack. The good news here, of course, is that you can get practically the same interior on this entry-level sedan that you'll find on every other current Acura model. This sportier ILX adds a few extra styling bonuses like the contrasting stitching on the leather and the bright aluminum trio of pedals for the driver – the latter of which might be the only interior bits that are directly shared between the ILX and the Civic. Everything from the steering wheel to the knobs and controls to the padded inserts carved out of the door panels make this car feel 100-percent like an Acura. We kept wanting to gripe that the interior didn't look as sporty as the Civic Si, but we had to keep reminding ourselves that an Acura buyer is more likely focused on luxury and technology.

No matter how much you want to spend on the ILX 2.4, navigation is not in your future.

While other ILX models are going after customers looking for either an affordable luxury car or a fuel-efficient hybrid sedan, the 2.4 model finds harmony between sport and luxury. Normally, playing the middle of the field is a good way for a car to make compromises on both ends, but the ILX does a fine job of balancing luxurious comfort with supportive sportiness. For the driver, the steering wheel is the perfect size and thickness for a dual-threat persona, and the real aluminum shifter knob blends elements of high-quality materials with a raw, sports-car like feel. Even the seats feel decently supportive in sharp turns, yet they aren't too stiff, which could make long road trips uncomfortable. The comfort and styling might be spot-on for the ILX, but all is not perfect with this sportier version's interior. If any occupants of the ILX have something to complain about, it's the rear passengers, who face tighter quarters than in your standard Civic with less headroom and greater than two inches of lost legroom. Cargo space is also down slightly to 12.3 cubic feet from the Civic sedan's already-cramped trunk.

Only available with the Premium Package, the ILX 2.4 brings plenty of standard equipment to the table including HID headlights, fog lights, a multi-view rear camera, upgraded audio system and leather seats. That seems like a great start for a sport sedan until you realize that there are no other option packages available on this car. For $24,000, you can get a Civic Si with navigation, but no matter how much you want to spend on the ILX 2.4, navigation is not in your future. With the car seemingly aimed directly at Gen Y buyers, we think this is a huge error in packaging options – especially in a day when many non-luxury, budget-minded B-segment cars offer navigation. So if you want a sporty sedan and can't live without navigation, you either have to step down your performance aspirations with either the base engine or hybrid ILX, or step up to the bigger, heavier and more expensive TSX. All in, the 2013 ILX 2.4 will set you back $30,095 including destination, which is a reasonable price to pay for this car's levels of luxury and performance, especially considering it's priced only a little less than the navigation-equipped Buick Verano Turbo that we just recently reviewed.

What this car lacks in power, it makes up for in weight with 300 less pounds than a Verano Turbo.

As much as Acura has done to make the ILX look and feel worlds apart from the plebian Civic, the changes are only skin deep, as all of the good mechanical bits in the ILX 2.4 are carried over almost exactly from the Civic Si. We have to throw in that "almost" because, while the high-revving 2.4-liter inline four-cylinder and six-speed manual gearbox are there, the ILX does not receive the Si's standard limited-slip differential. Still, we're not going to argue with the engine's 201 horsepower and 170 pound-feet of torque, even though peak horsepower kicks in at a screaming 7,000 rpm. Those cross-shopping this ILX with the Verano Turbo will instantly notice the Acura's 49-horse disadvantage, but much of what this car lacks in power, it makes up for in weight reduction with a 2,978-pound curb weight that comes in around 300 pounds less than the Buick.

Driving the ILX 2.4 introduced us to its decently weighted clutch and short-throw shifter, but as fun as the car was to drive, this isn't a model we want to take to the track. There are only minor tuning differences between the ILX 2.4 and the base model's suspension and electric power steering setups, but we'd venture a guess that the biggest upgrades the 2.4 has over the other ILX models in terms of handling are its all-season Michelin Pilot HX rubber and slightly larger front brakes.

It impressed us with how much it didn't feel like a sportier version of an entry-level compact.

During our week with the ILX 2.4, the fact that it's basically a fancier Civic Si stuck in the back of our heads, but time and again, this Acura impressed us with how much it didn't feel like a sportier version of an entry-level compact. Acura's crew surely deserves the lion's share of the credit for this, as the ILX has been given a beefier front stabilizer bar and a quicker ratio for its power steering than the Si. Even the sound quality inside the cabin is more of what we'd expect from a luxury car, the result of acoustic glass used for the windshield and the audio system's Active Sound Cancellation.

The ILX 2.4 does bring with it the same fuel economy as its sporty corporate cousin, with official EPA numbers holding steady at 22 miles per gallon city and 31 mpg highway, and our time with the car returned an overall average close to 26 mpg – we're guessing that had a lot to do with the fact that the ILX does not come with the see-how-high-you-can-rev-the-engine VTEC power meter that's standard on the Civic Si. Like all other Acura models (and the Civic Si), premium fuel is recommended by the automaker for peak performance.

Acura's reboot of the near-premium compact car might not be as enthusiast-oriented as the old Integra, but rather than attempting to recreate what has become an iconic model, Acura has focused on offering a broader range of model choices, which ought to help attract more new buyers to the brand whether they are stepping up from a Honda or trading in another luxury make. With its limited scope (one powertrain and no options), we're not sure what chords the ILX 2.4 will strike with consumers, but we just can't knock a car that brings a luxuriously appointed sporty sedan to the sub-$30,000 price bracket.

The new ILX is probably not going to be a hot option for the tuner crowd like the Integra turned out to be, but what it does offer car shoppers is a well-priced offering for buyers now and a good look at the future direction of Acura products down the road. What's perhaps most surprising is that Acura has managed to go mainstream without selling out, and we're looking forward to the day when we pit this ILX 2.4 against the Verano Turbo in a proper comparison test.

See also: Acura RLX pricing and launch plan detailed, 2014 Acura MDX Prototype is exactly what we expected, Acura NSX Concept is pretty on the inside, too [w/video].