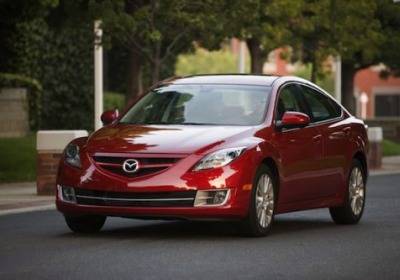 Mazda is voluntarily recalling 161,400 Mazda6 cars due to door latch mounting screws that may loosen, which could cause a door to open while the vehicle is in motion, thereby increasing the risk of accident or injury. The recall covers 2009 through 2013 Mazda6 models manufactured between February 4, 2008 and August 24, 2012.

The recall is expected to begin by October 18, 2013. Mazda will notify owners, and dealers will provide repairs free of charge. Scroll down for the official recall notice from the National Highway Traffic Safety Administration.

CONSEQUENCE:
If all three door latch mounting screws become excessively loose the door latch mechanism would not engage and the door might open while the vehicle is in motion increasing the risk of accident or injury.

REMEDY:
Mazda will notify owners, and dealers will apply a thread locking adhesive to the door screws and retorque them, free of charge. The recall is expected to begin by October 18, 2013. Owners may contact Mazda at 1-800-222-5500. Mazda's recall number is 7013I.