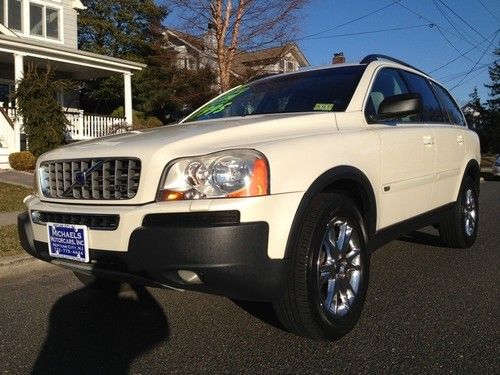 The image you see above is just about all we know of the new Volvo crossover that will be revealed at 8:30 pm Central European Time on May 17 (2:30 pm Eastern Standard Time). Volvo released three very short video teasers, all with the tagline "Leave The World Behind," all of which feature a member of the now-defunct band Swedish House Mafia - Axwell sits in a boat in the first, Sebastian Ingrosso walks toward cabin in the second and Steve Angello stares at the sea in a third.
A microsite, www.leavetheworldbehind.com, accompanies the teasers and it's been said that a short film by Lune will feature the band - Swedish Mafia had a hit in 2009 with the song Leave the World Behind. As for the vehicle, theories are that it could be something between the V40 Cross Country and XC60, the new XC90 or something else entirely. We don't have long to wait, and you can watch both teasers below.

As a part of eliminating its dependence on Ford platforms and powertrains, Volvo has previously announced information about its Volvo Engine Architecture (VEA) and Scalable Platform Architecture (SPA), but now we're finally getting some details about what will power some of the Swedish automaker's next-generation products.
The biggest key to VEA on the diesel engines is a new technology Volvo calls i-ART. This system uses unique injectors at each cylinder capable of monitoring fuel pressure and adjusting accordingly to maximize fuel economy and performance and reduce emissions. Looking ahead, Volvo says its four-cylinder engines will be able to offer the power of a six-cylinder and eventually, mixed with some sort of electrification, will be able to rival the performance of a V8 and "turn V8s into dinosaurs."
More details about the new diesel injection technology is posted in the press release below.